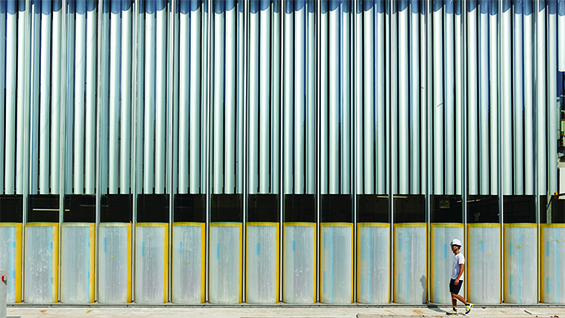 Jing Liu cofounded SO–IL with Florian Idenburg in 2008, emphasizing mission-driven cultural projects as an integral part of the urban fabric. Through building practice and interdisciplinary research projects, Liu has led SO–IL to explore new fabrication methods — as in the Kukje gallery and CTF Museum — and engage with the sociopolitical issues of contemporary cities — in projects like the Artists Loft North Omaha and Frieze Art Fair. Her perspective extends outside the conventional architectural platform, with artist collaborations including Janaina Tschape and Kota Yamada; curatorial partnership at the London Design Museum, the Guggenheim, and Canadian Center for Architecture; and book projects such as Solid Objectives: Order, Edge, Aura published by Lars Müller.

A native of China, Liu received her education in China, Japan, the United Kingdom, and the United States. Liu is Adjunct Assistant Professor at the Graduate School of Architecture, Planning, and Preservation at Columbia University, and has been a frequent lecturer and visiting chair at academic institutions around the world. Liu extends her interest in the future of cities as an active board member of the Van Alen Institute, a New York City nonprofit that applies design research to the most pressing social, cultural, and ecological challenges of tomorrow.

This event is open to current Cooper Union students, faculty and staff.