Seymour Chwast A'51 in Conversation with Steve Heller 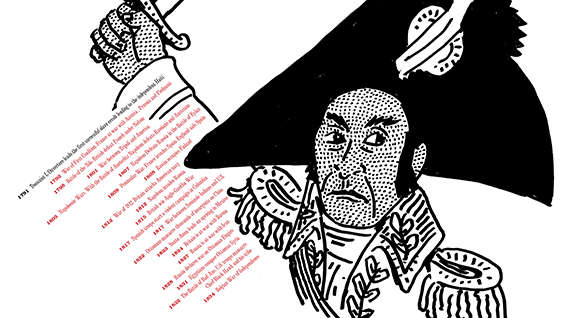 A page from 'Seymour Chwast At War with War'

It’s now been 65 years since graphic design icon Seymour Chwast A'51 graduated from the Cooper Union—and 30 years since the Seymour Chwast Retrospective at at the school. On May 24 the Herb Lubalin Study Center is happy to invite Seymour back to talk about his career generally, his reflections on his time at Cooper Union specifically, and also his personal passions. 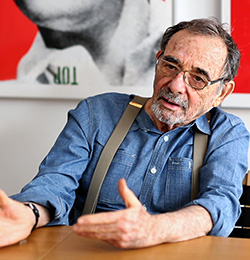 In the course of their conversation Seymour and Steve will address the idea of designers as authors, activists, and artists—with an emphasis on Seymour’s new book: Seymour Chwast At War with War: An Illustrated Timeline of 5000 Years of Conquests, Invasions, and Terrorist Attacks (which will be launched on Kickstarter on April 26). The two of them will also talk about, and show, work Seymour has done (like book proposals) that did not get published but nonetheless are great ideas.

An audience Q&A will follow the on-stage conversation. Read our own Q&A with Seymour Chwast on Support Cooper.

This is event is open to the public, but registration is requested.

Seymour Chwast is co-founder of Push Pin Studios, where he reintroduced graphic styles from the past and transformed them into a contemporary vocabulary. He has designed and/or illustrated many books, including more than 35 for children. He has created over 175 posters, a large number of which have attained cultural iconic status. He is in the Art Directors Hall of Fame and is the recipient of the 1985 AIGA Medal from the American Institute of Graphic Arts. His work has been the subject of many books, including Seymour: The Obsessive Images of Seymour Chwast.

Steven Heller, co-chair School of Visual Arts MFA Design / Designer as Author + Entrepreneur, is the author, co-author, and editor of over 170 books on graphic design, visual propaganda, and satiric art. With Seymour Chwast he has co-authored over 10 books, including Graphic Style, and was editor of The Nose. He is the 2011 recipient of the Cooper Hewitt, Smithsonian Design Museum National Design Award and the 2016 Eric Carle Award.

Those at the event who have pledged for a copy of the book on Kickstarter will receive a signed black & white print of a poster designed by Seymour for his 1986 retrospective at The Cooper Union.