Jacques Ranciere in Conversation with Peggy Deamer, Joan Ockman, Anthony Vidler, and Michael Young: How Does Architecture Distribute the Sensible? 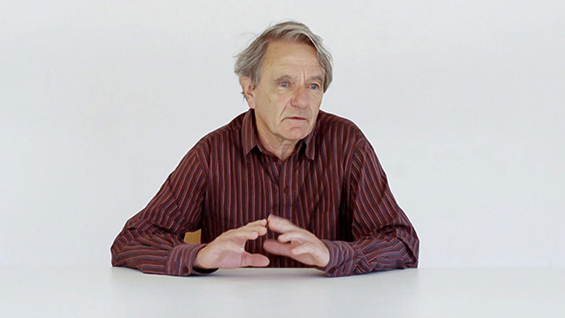 Philosopher Jacques Rancière's will debate his philosophy of equality, aesthetics, dissensus and the question of how architecture “distributes the sensible” with four architectural theorists: Peggy Deamer, Anthony Vidler, Michael Young and Joan Ockman.

Joseph Bedford will introduce and moderate the panel discussion.

Jacques Rancière (b. 1940) is a professor of philosophy at The European Graduate School / EGS, professor emeritus at the Université de Paris, VIII, and one of the more significant and influential philosophers of our time. Over the last fifteen years, his work has slowly been translated into English, and yet, while some of his writings remain untranslated into this global language, he has nonetheless already cast a long shadow over the fields of politics, aesthetics, and education, well beyond the borders of France, in particular, and across the Anglo-American world. It is somewhat difficult to categorize much of Rancière’s work, especially his archival texts, but the overarching focus has certainly always been politics. Within this classification, it is, however, possible to more delicately divide his work into three “primary” categories as mentioned above: aesthetics, education, and politics. Yet the overarching political project of Rancière does not, however, only consist of these three categories independently but is constituted by their entanglement; as for Rancière, aesthetics and politics are intrinsically linked, and “true” education must be emancipatory, an objective that demands equality not as an end but as a point of departure. As a result, politics is not only a string of his project, but what knots its three elements—in brief, politics overdetermines the whole.

Peggy Deamer is a Professor of Architecture at Yale University and principal of Deamer, Architects.

Anthony Vidler is a Professor and former Dean of the Irwin S. Chanin School of Architecture.

Michael Young is an Assistant Professor at the Irwin S. Chanin School of Architecture and a founding partner of the architectural design studio Young & Ayata.

Joan Ockman is Distinguished Senior Fellow at the University of Pennsylvania School of Design and Visiting Professor at The Cooper Union and Cornell University School of Architecture.

This event is co-sponsored with the School of Architecture + Design, Virginia Tech.

The day-long panel is free and open to the public.

Session 1 | Introduction by Joseph Bedford and presentations by Peggy Deamer and Anthony Vidler.