An Evening with M. Lamar 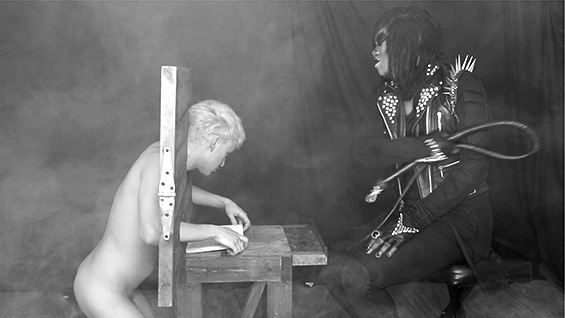 In a free, public event M. Lamar presents some of his most poignant material focusing on mass incarceration from the plantation to the penitentiary, about desire and self destruction. Following Lamar's performance he will be joined in conversation by scholar of Law and Queer Theory Tucker Culbertson.

M. Lamar is a composer who works across opera, metal, performance, video, sculpture and installation to craft sprawling narratives of radical racial and sexual becomings. Lamar holds a BFA from The San Francisco Art Institute and attended the Yale School of Art, sculpture program, before dropping out to pursue music.