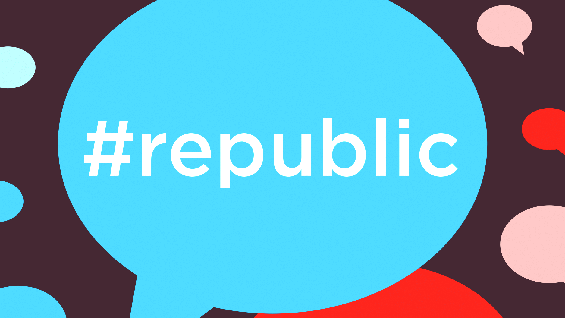 In a free, public discussion, Cass Sunstein, the New York Times bestselling author of Nudge and The World According to Star Wars, shows how today's Internet is driving political fragmentation, polarization, and even extremism—and what can be done about it.

As the Internet grows more sophisticated, it is creating new threats to democracy. Social media companies such as Facebook can sort us ever more efficiently into groups of the like-minded, creating echo chambers that amplify our views. It's no accident that on some occasions, people of different political views cannot even understand each other. It's also no surprise that terrorist groups have been able to exploit social media to deadly effect.

Welcome to the age of #Republic.

Thoroughly rethinking the critical relationship between democracy and the Internet, Sunstein describes how the online world creates "cybercascades," exploits "confirmation bias," and assists "polarization entrepreneurs." And he explains why online fragmentation endangers the shared conversations, experiences, and understandings that are the lifeblood of democracy.

In response, Sunstein proposes practical and legal changes to make the Internet friendlier to democratic deliberation. These changes would get us out of our information cocoons by increasing the frequency of unchosen, unplanned encounters and exposing us to people, places, things, and ideas that we would never have picked for our Twitter feed.

#Republic need not be an ironic term. As Sunstein shows, it can be a rallying cry for the kind of democracy that citizens of diverse societies most need.

Cass R. Sunstein is the Robert Walmsley University Professor at Harvard Law School. His many books include the New York Times bestsellers Nudge: Improving Decisions about Health, Wealth, and Happiness (with Richard H. Thaler) and The World According to Star Wars. He lives in Cambridge, Massachusetts.