Beyond Words: What Animals Think and Feel 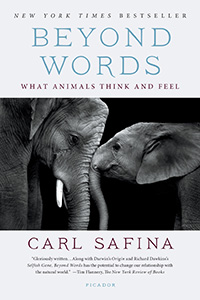 Carl Safina discusses and signs his latest book in a free, public author talk. Beyond Words offers insight into the unique personalities of animals through extraordinary stories of animal joy, grief, jealousy, anger and love. In the book readers witness elephant families navigate the pervasive drought and incidents of poaching in Kenya’s Amboseli National Park, see a free-living wolf pack sort out the aftermath of tragedy in Yellowstone National Park and finally plunge into an astonishingly peaceful society of killer whales living in the waters of the Pacific Northwest. These animals are treated as the individual characters they are, with distinct personalities and unique roles within social structures not unlike our own. Ultimately an examination of humanity’s place in the world, Safina calls on us to re-evaluate our relationship to the other species around us. 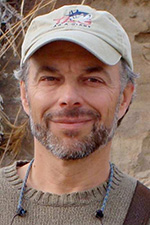 Carl Safina is author of seven books, including Song for the Blue Ocean, which was a New York Times Notable Book of the Year, Eye of the Albatross, Voyage of the Turtle, and The View From Lazy Point. Safina is founding president of The Safina Center at Stony Brook University, where he also co-chairs the University’s Alan Alda Center for Communicating Science. A winner of the 2012 Orion Award and a MacArthur Prize, among others, his work has been featured in outlets such as The New York Times, National Geographic, CNN.com and The Huffington Post, and he hosts Saving the Ocean on PBS.