Jennifer Reeves (b. 1971, Sri Lanka) is a New York-based filmmaker working primarily on 16mm film. Reeves was named one of the “Best 50 Filmmakers Under 50” in the film journal Cinema Scope in the spring of 2012. Her films have shown extensively, from the Berlin, New York, Vancouver, London, Sundance, and Hong Kong Film Festivals to many Microcinemas in the US and Canada, the Robert Flaherty Seminar, and the Museum of Modern Art. Full multiple-screening retrospectives of her work have been held at Era New Horizons Film Festival in Wroclaw, Poland, Kino Arsenal in Berlin, Anthology Film Archives in New York, and San Francisco Cinematheque. Other recent projects include a collaboration with Composer/Performer Marc Ribot which premiered at (Le) Poisson Rouge in New York in 2015. Ribot and Ikue Mori perform a live score to Reeves' SHADOWS CHOOSE THEIR HORRORS, LANDFILL 16, and HE WALKED AWAY. Since then, Marc Ribot has been performed the program internationally and a variety of venues, most recently at The Drawing Center in the fall of 2017. Jennifer is currently in production of a feature essay-documentary YANKEES GO SOUTH, with funding from The Princess Grace Foundation.

Reeves has made experimental films since 1990. She does her own writing, cinematography, editing, and sound design. Her subjective and personal films push the boundaries of film through optical-printing and direct-on-film techniques. Reeves has consistently explored themes of memory, mental health and recovery, feminism and sexuality, landscape, wildlife, and politics from many different angles.

Since 2003 Reeves has worked with some of the finest composer/ performers, including Marc Ribot, Skúli Sverrisson, Elliott Sharp, Zeena Parkins, Anthony Burr and Eyvind Kang. As the daughter of a trumpeter, gravitating toward film and music collaborations was quite natural for Reeves. Her most ambitious film and music performance, the feature-length double-projection WHEN IT WAS BLUE (2008), premiered at Toronto International Film Festival with live music by composer/collaborator Skúli Sverrisson. Her multiple-projection films with live music have been performed internationally, from the Sydney Opera House and the Berlinale to RedCat in Los Angeles and the Wexner Center in Ohio.

Reeves has also made a number of experimental narratives, most notably her highly acclaimed feature THE TIME WE KILLED. The Village Voice Film Critic’s poll (2005) honored THE TIME WE KILLED with votes from six film critics for categories including: Best Film, Best Cinematography, and Best Performance. 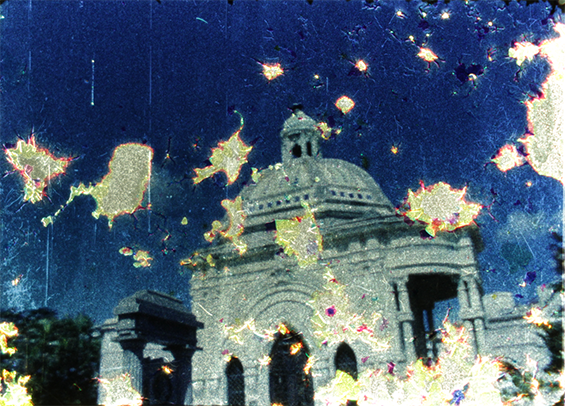