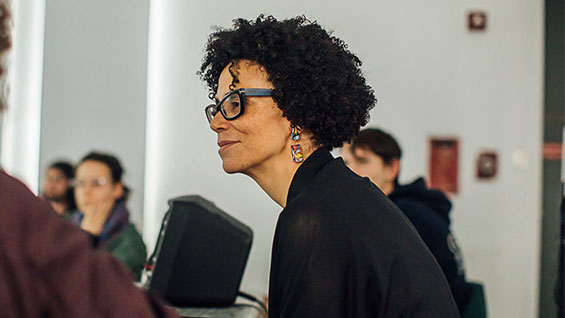 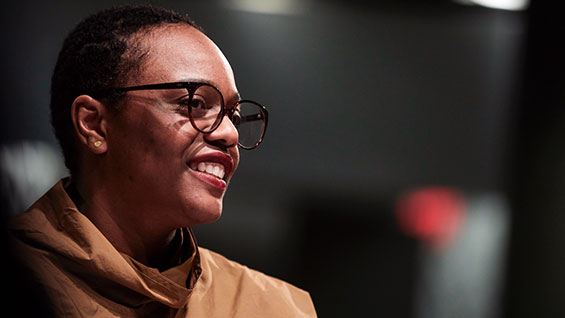 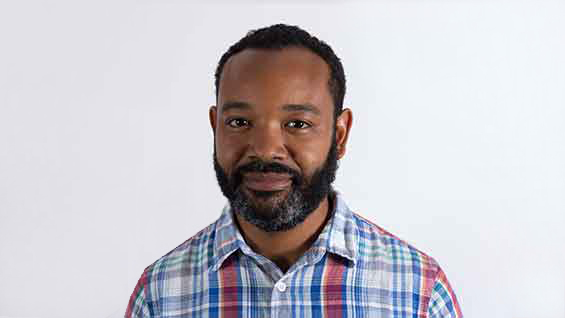 School of Art professors Coco Fusco, Leslie Hewitt A’00, and William Villalongo A’99 have been selected to receive 2021 American Academy of Arts and Letters awards. This year’s winners were chosen from a group of 125 artists who had been invited to submit work. Awardees will be honored in an online ceremony on May 19 due to the pandemic.

Professor Fusco received the Arts and Letters Awards in Art to honor exceptional accomplishment and encourage creative work, and Professors Hewitt and Villalongo received Purchase Prizes, which help place the work of talented, living American artists in museums across the country.

The American Academy of Arts and Letters was founded in 1898 as an honor society of the country’s leading architects, artists, composers, and writers. It administers over 70 awards and prizes, exhibits art, and more in order to foster and sustain an interest in Literature, Music, and the Fine Arts.