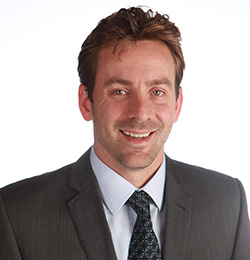 After graduating summa cum laude from The Cooper Union with a degree in Civil Engineering in 2006, Paul has remained actively involved with Cooper. He recently served as a council member on the Cooper Union Alumni Association (CUAA) and previously served on the Constitution Committee and as a co-chair of the Elections Committee.  Paul also led an initiative to create an Operations Manual encompassing all of the functions of CUAA and its Chairs and recently started an Alumni Initiatives Committee tasked with identifying projects to support Cooper and CUAA. He became President of the CUAA in July 2017 to serve a one year term.

Paul’s commitment to the mission of Cooper is reflected in his independent work analyzing Cooper Union’s operating expenses and presentation of same to the Free Education Committee of the Board. Paul has participated in the phonathon, undertook fundraising efforts among his classmates and attended a variety of other Cooper events.

After graduating from Cooper, Paul spent most of his time in the real estate industry. In 2010, Paul started and currently runs FM Equities, a multi-family real estate investment firm which owns and manages apartments in the NYC Metro Area. Prior to forming FM Equities, Paul worked at a New York based investment and development company and as an FDIC contractor. Immediately after graduating from Cooper, Paul carried out extensive residential and public-private partnership research as a Fulbright Fellow based in Tallinn, Estonia. Paul’s non-profit experience also includes serving as Treasurer and as the Young Leader Group Chair of the Northern New Jersey Chapter of the Urban Land Institute. Paul has also volunteered with NYPACE, a non-profit advisory organization for entrepreneurs in under-resourced communities.