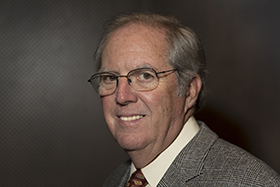 Kevin Burke was the President and Chief Executive Officer of Consolidated Edison Inc. from 2005 until his retirement in 2013. Consolidated Edison is an energy holding company with operations conducted primarily through two public utility companies: Consolidated Edison Company of New York, Inc. and Orange and Rockland Utilities Inc. With 3.7 million electric customers, 1.2 million gas customers and revenues of $12 billion, Con Edison is the longest continuously traded company on the NYSE(ED).

Kevin Burke was elected to The Cooper Union Board of Trustees in December 2016. He also serves on the boards of Honeywell International Inc. and the Alfred P. Sloan Foundation.