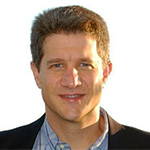 Eric Hirschhorn ME'89 was elected Vice Chair of the board of trustees in 2016.

He is currently the Chief Information Officer for Cantor Fitzgerald and BGC Partners.  Prior to Cantor, he spent several years in various senior roles on Wall Street, most recently as Managing Director of Global Fixed Income eTrading & Rates Technology at Bank of America Merrill Lynch.  Prior to Bank of America, Mr. Hirschhorn was at Morgan Stanley serving as CTO of Fixed Income, at Citi where he ran Global FX technology, at Lehman where he was responsible for Global Fixed Income eTrading, and at Chase where he ran International Treasury technology.  His professional life has taken him around the world including several years living in London.  Eric is an authority on how technology drives transformation in financial markets.  He is involved in various industry working groups.

Mr. Hirschhorn graduated Cooper Union in 1989.  He holds a Bachelors of Engineering in Mechanical Engineering.  He is co-chair of the Financial Services Affinity Group (FSAG).  The FSAG has provided a connection for hundreds alumni to come back to Cooper several times a year for networking, lectures, and development events. Mr. Hirschhorn is also involved in connecting Cooper Union undergraduates to intern and full time opportunities on Wall Street.

He lives in New Jersey with his wife, Hillary, and their two children.