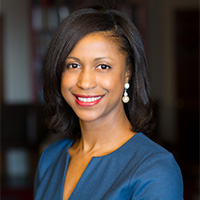 Elizabeth Graziolo AR'95 is the award-winning founder and principal of Yellow House Architects in New York City, a collaborative-minded practice specializing in residential and commercial work. Prior to founding YHA, she was a partner at Peter Pennoyer Architects where she directed projects ranging from private homes to developments in the United States and abroad. Recent work includes a townhouse and mixed-use condominium on New York City's Upper East Side, a private estate in the Midwest, an apartment in the world-renowned Woolworth Tower, and a house renovation in Turks and Caicos.

Elizabeth is a trustee of The Museum of the City of New York and The Cooper Union for the Advancement of Science & Art, and serves on the Delano & Aldrich/Emerson Fellowship Committee of the American Institute of Architects. She has spoken at international conferences for illustrious institutions such as L'ARDEPA, The American Academy in Rome and The Institute of Classical Architecture & Art. In 2019, she presented at Architectural Record's "Women Entering the Profession of Architecture" forum, helping inspire the next generation of women architects.

Cooper Background:
Elizabeth graduated from Cooper in 1995. She and fellow alums Anik Pearson and Michael Samuelian were the alumni who spearheaded fundraising for the Sue Ferguson Gussow scholarship campaign in 2018. She ran in the 2019 CUAA election for Alumni Trustee.