Toward a More Perfect Union 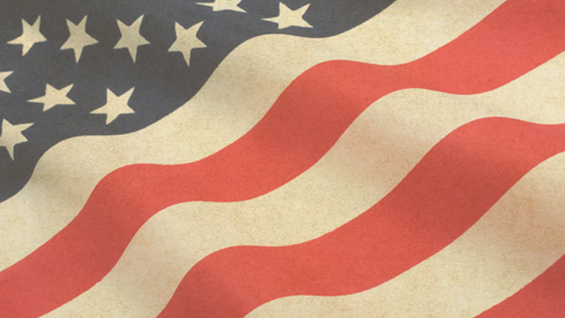 Timed to the presidential election cycle, The Cooper Union is offering a free, open course focusing on the Constitution. Taught by Akhil Reed Amar, Sterling professor of law and political science at Yale University, the course entitled The Constitution Today will include 10 lectures given over 12 weeks, starting September 12 in The Great Hall. A lauded Constitutional scholar, Prof. Amar chose his field because he is a "first-generation American with a special love of this country," he says. "I have about two dozen first cousins who were not lucky enough to be born in the Unites States as I was. My life is better than theirs, and when I think why that's so, the American government, the American legal system and in particular the Constitution loom very large in the answer." 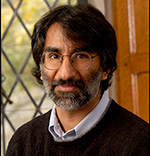 The series will be based on Prof. Amar's forthcoming book of the same title that focuses on key Constitutional battles and what they mean in the context of modern American law, politics and life. He is especially excited to offer the course for free during what he sees as a crucial general election.

"For the first time in generations and one of the very few times in all of American history, all four institutions of national power are in play: the House, the Senate, the presidency and the Supreme Court. Come January, Republicans could control all of those or the Democrats could control all four or we could have divided government. It is an unusual moment of interplanetary alignment."

As a Constitutional scholar Prof. Amar also delights in the significance of the venue "because Abraham Lincoln not only spoke at The Cooper Union, he spoke in a way that vaulted him into presidential contention when layered on top of his Lincoln-Douglass debates and his 'House Divided' speech. So once again, we are talking about who is going to be president. And! And! And! Who is on the ballot? Two New Yorkers. Hillary Clinton’s campaign HQ is Brooklyn and Trump's is Manhattan. The perfect place for this series is The Cooper Union."

The series opens with a lecture on the presidency, then the vice-presidency, then the Congress until it covers all the branches and moves into key Constitutional battles from the last three presidencies. No law degree is required to participate. "I hope to get an audience made up of both high and low, young and old, Republican and Democrat. I structured it so it would begin right after Labor Day as the general presidential campaign season traditionally begins, and then the course will run up through the election so we can reflect at the end of the series on what the American people end up deciding. I am hoping this will be very dynamic and that only the first half of each class will be a lecture and the other half will be a democratic conversation."

As a Constitutional scholar and historian, Prof. Amar seems philosophical about the seemingly intractable partisan deadlock in the federal government. Again, it comes back to Lincoln for him. "How many votes, not electoral but popular, did Lincoln get south of Virginia? The answer is zero. Lincoln was an intensely polarizing person, and he was right because half the country was actually wrong. And I am going to say that with the benefit of historical hindsight. Not a single member of the opposition party, not one, supported the 14th Amendment, which was Lincoln's constitutional legacy. And every single Republican except one voted for it. Same as Obamacare but in reverse. There are patterns in history. This too will pass. Right now we are in a crisis because the two major political forces, the fading conservative political force and the rising political force made up of non-angry-white-men are about equally balanced. When things are equally balanced is when you get gridlock and sometimes confrontation."

Among the subjects Prof. Amar will cover will be what he sees as a switch in the traditional roles of the two parties. "I happen to believe that Lincoln is always on the ballot and that the tall, skinny Constitutional lawyer from Illinois, the one who is now president of the United States, is in the Lincoln tradition. So on the one hand you have the party that I think really embodies the Lincolnian qualities of racial equality and has the same coalition and has been led by two Illinois people named Barack Obama and Hillary Clinton, who was born in Illinois. The other party that calls itself the party of Lincoln I believe has become the party of the Confederacy. The parties have flipped. What I just said is probably very provocative. Good. I am willing to defend it. And where better to discuss all that than Cooper Union and when better than in a presidential election season?"