At the 2016 commencement on May 24 three alumni will receive a President's Citation, an honor not bestowed for several years.  Awarded to alumni who have made important contributions to art, architecture, engineering or interdisciplinary studies, this year's recipients will be John Leeper AR'85, William Morrison A'89 and Jason Banfelder ChE'93 & MChE'96. 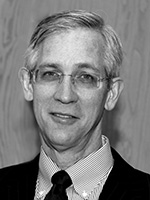 John Leeper began his career at age 16, working in the construction industry. He graduated from Wesleyan University in 1980 with a major in math. After meeting Peter Eisenman, he applied to the school of architecture. Even before completing his degree he became superintendent on a large commercial office building for HRH Construction. He currently serves as director of construction management for Lettire Construction Corporation. Since graduating John Leeper has sustained a life-long relationship with The Cooper Union. He has taught the Construction Management course at the Albert Nerken School of Engineering and, after serving as secretary/treasurer of the alumni association, he became its president in 2013 until 2015. In that capacity he was also a member of the board of trustees during those two years. He is even married to a graduate, Gilly Youner A'82. 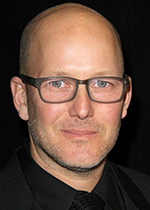 Bill Morrison is an independent filmmaker whose works often combine rare archival material set to contemporary music. His best-known work may be "Decasia," (2001), a collaboration with composer Michael Gordon. A 67-minute montage of decomposing nitrate film, it was selected to the US Library of Congress’ National Film Registry in 2013. He is a Guggenheim fellow and has received the Alpert Award for the Arts, an NEA Creativity Grant, Creative Capital, and a fellowship from the Foundation for Contemporary Arts. His theatrical projection design has been recognized with two Bessie awards and an Obie Award. He had a mid-career retrospective at the Museum of Modern Art, NY, from October 2014 – March 2015. 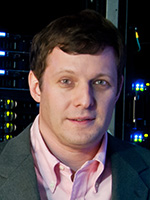 Jason Banfelder graduated summa cum laude in 1993 with a degree in chemical engineering, then received his masters in the same subject in 1996. Even before starting at The Cooper Union he was working in the biomedical field as a research assistant at Mt. Sinai School of Medicine. Since graduating he has focused his career on the applications of technology towards furthering medical knowledge. The 2010 Fall/Winter issue of At Cooper profiled his work at Weill Cornell's Institute for Computational Biomedicine developing a virtual reality space for medical research. Currently he is Director of High Performance Computing Systems and Applications at The Rockefeller University where his work supports applications in areas including cryo-electron microscopy, super-resolution imaging and genomics.