The last part part of our annual series asks some of Cooper's newest students tell us where they came from, how they found Cooper Union, what they are looking forward to doing here and what they have been up to during the summer. See part one and part two. 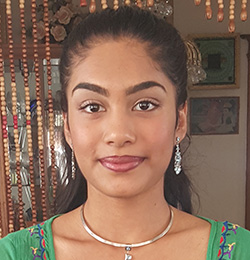 There are a few reasons I became interested in studying engineering. My first reason was my dad who wanted to become an engineer, but was never given the opportunity. I have the opportunity, so I’m going to take it. I also really enjoy learning math and physics. I am passionate about those two subjects, and they are undeniably my favorites.

I chose to attend the Cooper Union because it’s a small college. This pleases me because I know I would be in a smaller class setting, where I would be able to have one-on-one time with my teachers and really grasp the topic to the best of my ability.

I am definitely looking forward to the challenging classes the most, especially when it has to do with math and science because those courses intrigue me the most. It may sound crazy, but I absolutely love learning extremely hard topics. This is because it’s much more satisfying when I master them.

Over the summer, I’m working at an architectural firm and gaining insight on designing buildings. During this internship, I’m also learning the construction aspect of putting up buildings.

Growing up my mother was always a beacon of creativity. I'd sit and watch as she styled women's hair all day long; being mesmerized with every spritz of Pump It Up and the way she'd twirl two hot curling irons at once. I remember more than one instance where she would draw Disney characters or her tag in ten different ways on a napkin, and I'd run to my room to copy what she'd done. I've also found the idea of storytelling utterly fascinating.

I chose The Cooper Union because I'm a massive masochist. I was raised on the belief that knowing and pushing yourself to your own limits resulted in something gratifying and beautiful. I also wanted to nurture my ability to think conceptually yet critically to pack & deliver some serious stuff. Plus, I saw stars and heard violins at the price tag.

I recently spent a week in the 18th arrondissement of Paris where I saw some wild stuff. Other than that, I've been staring at the four turquoise walls of my room and watching Sex and the City reruns. I've also been abusing the play button on Lil Kim's La Bella Mafia. 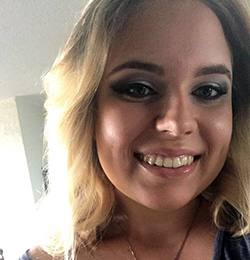 I chose to attend Cooper Union because I wanted a small tight-knit school where I can build close relationships with peers and others in the field and I knew that Cooper Union can offer me both and so much more.

I look forward to taking up any opportunity that this school and city has to offer. I can't wait to experience meeting new people, and the living in the city that never sleeps.

This summer I took the opportunity to travel with my best friends to the Dominican Republic, and spend my time back at home working by day and going out with friends by night staying up until 4 a.m. looking at the skyline of
New York City or going to crazy concerts; basically enjoying the teenage life while it lasts.