Every year we ask some arriving students about where they came from, how they found Cooper Union, what they are looking forward to doing here and what they have been up to during the summer. Here is the first of our three-part series. See part two and part three. 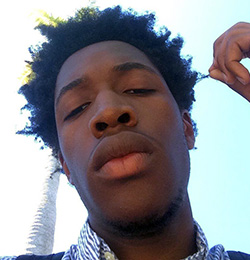 I am convinced that my interest in architecture arose from being a mischievously curious child with what I would now consider a keen sense of spatial awareness; that, alongside with my father being a craftsman and my mother nurturing me with visits to various cultural institutions. As I've aged, that innate, childlike wonder manifested into a thorough interest of how and why the spaces we inhabit make us feel the way we do.

During my time at the Design and Architecture Senior High, where I was encouraged to explore the nuances that made up sensual experiences, I realized two things that embodied my interest in architecture. One being, for better or worse, as a designer, the producer becomes the puppet master. I believe architecture's ability to provoke, manipulate and stimulate strictly through the implementation of certain decisions is its own form of dominion, despite how docile it might seem when our bodies interact within it. The second thing I realized I liked about architecture is the importance of narratives.

The decision to attend the Cooper Union came from the culmination of its foundational ideology. Cooper's very self-aware. It knows it lacks things that most colleges provide gratuitously, such as a large student body, trek-filled campus, meal plans, and a clinic yet it upholds its reputation as one of the greatest institutions globally for critical theory and practice. I think it's very clever.

I'm looking forward to the conversations I'll have with my professors, colleagues and myself. I enjoy both light and heavy hearted criticality. I am also looking forward to how my interests, ideals, principles and work change over the coming years.

I'm writing this while using a VPN in Beijing, China, where I'm assisting Alejandro Guzman complete several sculptures for a group show at the Times Museum. Prior to traveling, I collaborated with two partners, Juan Cardona and Gabriela Villatoro on two separate projects, a series of short videos and a pair of large pants, respectively. 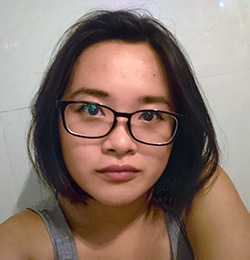 Growing up in a musical environment, I gained an undying curiosity in acoustics. It began with me innocently testing out a few headphones, but this spiraled into reading about driver structures and understanding how to use the fast Fourier Transform. That habit devolved into a few spare speakers and a failed attempt at building my own amplifier. The science and crafting used in audio equipment sparked my interest in studying engineering as I was intrigued with the idea of studying a subject that incorporates both science and the art of creation. I was thus determined to pursue a career in engineering.

The Cooper Union was initially suggested by a family friend. After doing some research, I was captivated by the school’s location, size, and its strong engineering program, which motivated me to visit the school last summer. When the tour guides walked me around the NAB and the Foundation Building, I was determined that the Cooper Union is where I want to spend my next 4 years studying.

An alternate reason why I chose Cooper Union: I fell in love with the Automotive Lab and it kept appearing in my dreams. I am desperate about joining the Cooper Union Motorsports team.

I am looking forward to learning as much as I can from both professors and classmates. I am also looking forward to the East Village life, enjoying a variety food and loitering in record shops! (By the way, I hope I can see as many concerts as possible since all my favorite musicians barely come to Asia.)

This summer I did some record shopping, worked as a math and physics tutor, and attempted to build an arcade stick for my favorite fighting game. (I failed miserably). 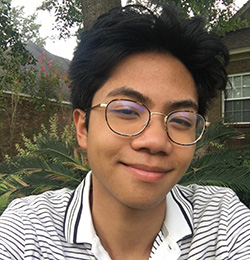 The majority of my life I would identify as a purely suburban boy who plays too much Mario Kart. Art was something I inherently grew up with in addition to other creative skills like music. It was not until I began to develop my craft throughout high school especially with the South Carolina Governor’s School for the Arts and Humanities, a public residential high school three hours away from home, where I actually worked to become a visual artist. I guess all the hard work proved that my ambitions had potential... and occasional sleep deprivation.

My journey to Cooper started initially with affordability more than anything. I also knew that this school historically persevered for free education, but on top of that was one of the most prestigious institutions for art in the US. Yet, I was wondering how this school seemed to be so “unique” with its application process than any other art school I’ve encountered. The significance of the hometest, the level of professionalism the alumni displays, and its leadership in the contemporary art world all completely fascinated me. The fact that it was contained in this small bubble but in such an open field of opportunity and THE GREATEST CITY ON EARTH, it began to overwhelm me senior year, and I became obsessed.

With all the tears and anticipation, I’m mostly looking forward to exploring new processes from engaging with other students with diversified experiences. I also want to utilize the city to investigate deeper into my research and expand my network. But also, eat a nice falafel, take the LIRR, catch an uber (gasp), and wait on my grandma from East Meadow… in a very New York minute!

My summer has been very humble. I gained a greater understanding of my physical and mental strengths by exploring how I can contribute to my local arts community, volunteering at summer programs, fascinating art to the little kids... babysitting them nonetheless, and fully appreciating a relaxed summer at home which does me great justice for the intensity of this year (a BIG thumbs up).