Marcus is a California native from the city of Compton, currently residing in Brooklyn, embarking on an Afrofuture Renaissance. As a purveyor of culture and humanity, he launched a media project and persona, The Cultural Attaché, as a way to approach, write, critique and create cultural spaces for gathering, nightlife, and exploration of representation on race and sexuality. As a writer, dancer, and educator, he has produced the community gatherings, Courtesy of Compton, A Sunday Kind of Love, and Speak Easily. He is currently a college professor at the Fashion Institute of Technology and Marymount Manhattan College where he teaches African American literature, LGBTQ+ literature, and cultural and media studies.

In addition, he is a W. Burghardt Turner Fellow and PhD Candidate (ABD) at Stony Brook University in the Department of Cultural Studies & Comparative Literature where he will complete his dissertation, Sensational Oppression: Revolutionary Aspirations for Black Bodies, Queer Kinship, and Resistance in Visual Culture during the summer of 2020. He also holds a B.A. in American Literature and Culture from the University of California, Los Angeles (UCLA) and a masters in Communication Management from the University of Southern California (USC) Annenberg School for Communication and Journalism.

Lindsay Griffiths is a graduate student in English Literature and African American Studies at Princeton University, and she holds a B.A. in English Literature and Spanish Translation from CUNY Hunter College. Centered around the 19th and 20th centuries, her work thus far attends to the temporal, geographic, and linguistic displacements of Black diasporic literary works as a result of translation, publication, and archival absences. Lindsay is also a published translator, having rendered into English Burp: Apuntes Gastronómicos by Spanish author and journalist Mercedes Cebrián. Her forthcoming English language co-translation of Mario Michelena’s Uno nunca sabe por qué grita la gente is expected to see publication in 2021.

Iris Moon is an assistant curator of European ceramics and glass at the Metropolitan Museum of Art. Her work on the history and theory of European decorative arts and architecture has been supported by fellowships from the Metropolitan Museum of Art, the Clark Art Institute, and the Getty Research Institute. She is the author of Percier and Fontaine and the Struggle for Sovereignty in Revolutionary France (Routledge, 2016). Her new book, Luxury after the Terror, will be published by Penn State Press. She earned her BA at Williams College and her PhD at Massachusetts Institute of Technology and has been an adjunct faculty member at Cooper since 2018.

Rose earned her PhD from The School of Oriental and African Studies (SOAS), University of London in 2016. Her doctoral thesis is on migration and the assertion of African Diasporic identities in the work of artists of African descent based in the United States and Britain in the photographic work of Carrie Mae Weems, Joy Gregory, Albert Chong, Renee Cox, Rotimi Fani-Kayode, and Yinka Shonibare.
Rose Ojo-Ajayi has also written text-based works as a collaborative project with visual artists along with writing for publications such as the Studio Museum in Harlem’s STUDIO magazine, curating and co-curating exhibitions that feature the work of artists of African descent in New York City and London, UK. Currently she is investigating the representation of Black American and Black British identities in the contemporary work of first and second-generation African immigrant artists.

Neena Verma earned her B.A. in Architecture with a concentration in History, Theory and Criticism from the University of Pennsylvania, B.S. in Economics from The Wharton School, J.D. from Rutgers Law School, and M.Arch. from Tulane School of Architecture.  She is principal of an eponymous architecture practice, and teaches at NJIT College of Architecture and Design and Parsons School of Design.  Neena has published with Architectural Research Quarterly, and her collaborative work has been presented at the Association of American Law Schools, Buenos Aires Biennale and Venice Biennale.

Simeon Marsalis
Multimedia writer Simeon Marsalis’s first novel, As Lie is to Grin, focuses on an African American college student’s experience in a predominantly white college. Short-listed for Center for Fictions First Novel Prize in 2017, the novel examines people navigating spaces from which they have historically been barred. Incorporating texts by other African-American writers, Marsalis confronts the twinned issues of race and class, love and desire
Marsalis has also authored the script for the film The Open Game (Dir. Monty Ross, 2017) and contributed to Jazz at Lincoln Center’s Webby-nominated blog. Author of a forthcoming book of essays about college athletics and nationalism, he is a Henry Rutgers Fellow at Rutgers Newark and is working on a novel about finding hope in a dystopia. Simeonmarsalis.com

Marwa Helal
Marwa Helal is the author of Invasive species (Nightboat Books, 2019) and winner of BOMB Magazine’s Biennial 2016 Poetry Contest. She is also the author of the chapbook I AM MADE TO LEAVE I AM MADE TO RETURN (No, Dear/Small Anchor Press, 2017) and has been awarded fellowships from Poets House, Brooklyn Poets, and Cave Canem. Born in Al Mansurah, Egypt, she currently lives in Brooklyn, New York.

Maria Elizabeth Rodríguez Beltrán
María Elizabeth Rodríguez Beltrán is a Ph.D. candidate in the Program in Comparative Literature at Rutgers University, New Brunswick. Her research focuses on definitions of blackness in Afro-diasporic literature in the Caribbean and Brazil. Before attending Rutgers, María Elizabeth earned a Bachelor's degree in English Literature and Classical Studies at the City University of New York (CUNY) Hunter College. She is 2017-2021 Ford Foundation Predoctoral Fellow and a 2019 summer Mellon grant awardee. In addition to her scholarly work, María Elizabeth devotes time translating documents from English to Spanish and vice versa for different community organizations in New York City and New Jersey, and mentors young Latinx students in the process of applying for college and financial aid. Her own experience of immigrating from the Dominican Republic as an adolescent informs her commitment to diversity and equality within academia.She currently works as an advisor at GradFund, the Rutgers University office for graduate student advising for external funding opportunities, where she helps graduate students from different fields to identify and apply for merit-based research grants and fellowships and also works as the program's editor of the blog and social media outlets.

Tara Menon
Tara Menon focuses, in her research and teaching, on problems of religion, experience, and secularization in the European and Indian traditions. She has held fellowships at Jawaharlal Nehru University in New Delhi and the Ecole des Hautes Etudes en Sciences Sociales in Paris. 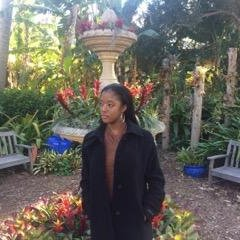 Caresse Jackson-Alger
Caresse Jackson-Alger is a graduate student in the Department of Comparative Literature. Her research interests include Classica Africana, with an emphasis on Classicisms of the Black Atlantic, the cultural, literary, and art historical transmissions of Greco-Roman Antiquity, Painting and Poetry, Aesthetics, and Cultural Studies.
Caresse graduated summa cum laude from CUNY Hunter with a BA in English Literature and minors in Classics, Philosophy, and Art History. She was a Mellon Mays Undergraduate Fellow and is now a President's Fellow at Princeton University. She is an Army veteran, newlywed, and the proud mother of a one-year old bichon-poodle mix named Oedipus Perfectus Tiziano Jackson-Alger.

Avra Spector
Avra Spector earned an MA in Philosophy and Literature from University College Dublin, an MFA in Writing from California College of the Arts and a BA in Comparative Literature from the American University of Paris.  Currently her research interests include the practice of collaborative and multi-authored projects in 20th century French and American writing.