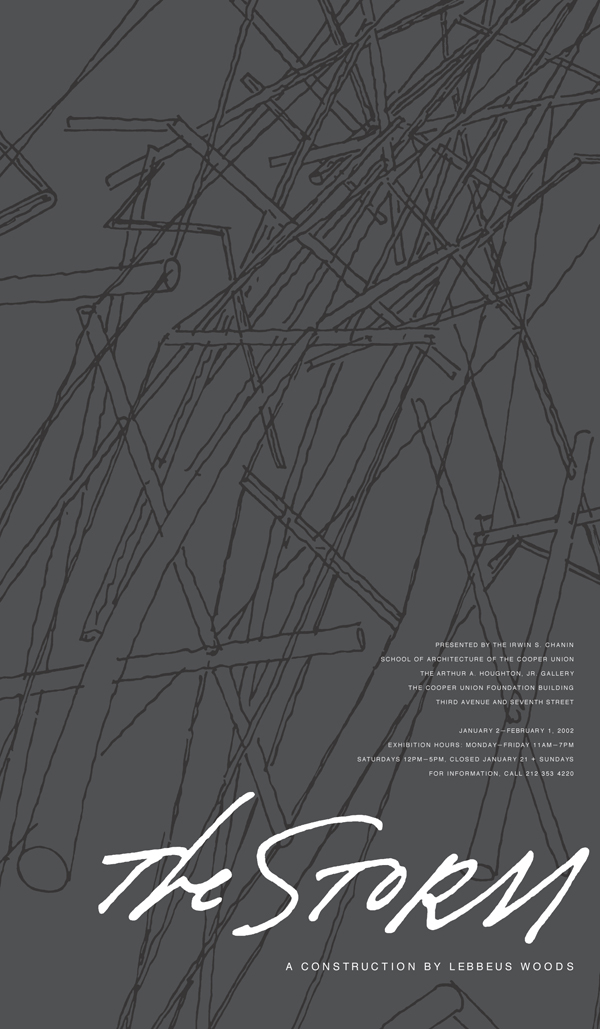 "The Storm is not a single vector, but an accumulation, a community of vectors, unexpectedly acting in concert."—Lebbeus Woods

The Storm was an installation of drawings, architectonic elements, and high-tensile steel cables that were suspended in the Houghton gallery. Initially, elaborate drawings were produced on the walls at either end of the room that served as construction documents for the cables and elements that were then drawn-out through the space between them. If the turbulent geometries of these drawings suggested the origins of the storm, then they also illustrated the unpredictability of its effects, and with this gesture Woods implies that while the storm’s forces may be charted on the two-dimensional surface, the full force of its impact will always spring out, literally, into the three-dimensionality of space.