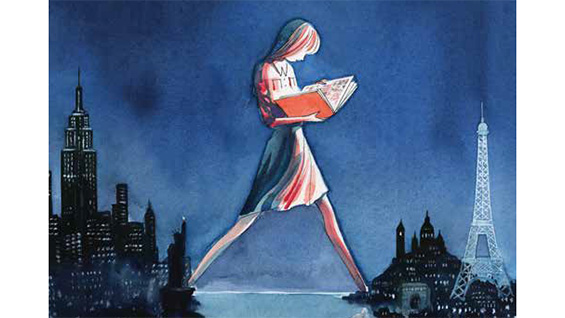 The show will feature a selection of the best of French comics, presented through images and illustrations highlighting architecture in the design of Franco-Belgian comics as well as Franco-Belgian comics narrative style. The exhibit takes the viewer on a journey through time and space, from Hergé’s well-known “ligne claire” to groundbreaking structural innovations by artists such as Fred (Philémon), and to the new scene of French comics today, with images from cutting-edge artists such as Julie Maroh, David B., and Pénélope Bagieu.

The exhibition will be hung in the colonnade windows facing the street on the west side of The Foundation Building at 7 East 7th St.