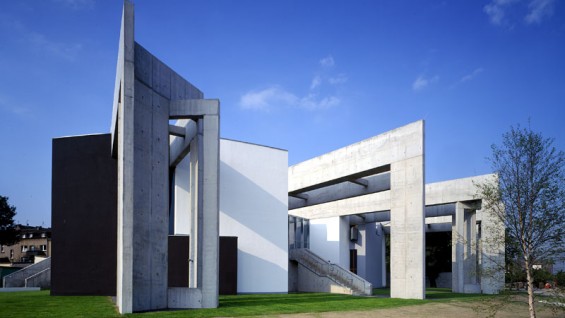 “The students’ difficulties in doing architecture will not go away no matter how much experience they will gain. The difficulty in imaging architecture is an intrinsic part of the architect’s work. It is a continuous process, in which the realized ideas are only stations on the road the architect has to pave himself in order to be able to move forward.” - Zvi Hecker

Born in Krakow 1931, Zvi Hecker grew up in Samarkand, studied Architecture in Technion, Haifa, painting at Avni Academy, Tel Aviv, taught Architecture at Université Laval, Quebec and Universität für Angewandte Kunst, Vienna. In 1960 set up his practice in Tel-Aviv and in 1991 in Berlin.In Israel he designed Bat-Yam City Hall, Dubiner House (with A. Neumann and E. Sharon) The Spiral Apartment House, Palmach Museum of History, Tel Aviv (with R. Segal), the Military Academy in Negev; in Europe the Jewish School, Berlin, the Memorial Site in Lindenstrasse, Berlin (E. Weizmann and M. Ulman), the Jewish Centre in Duisburg, The Royal Dutch Police Complex in Schiphol, Amsterdam. He lives and works in Berlin.