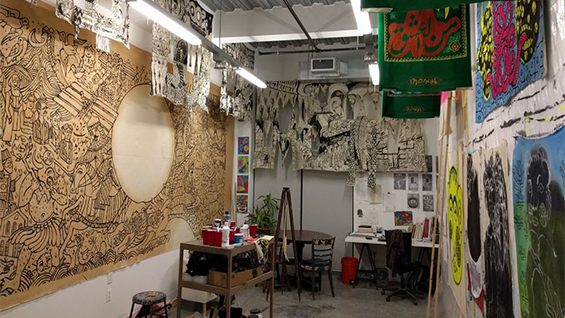 Two-Headed Imagomancy is a lecture-storytelling form from Shahrzad Changalvaee and Iman Raad that reveals Perso-Arabic writing systems, language formations, and mythological structures. By exposing their role in colonial confrontations and the conditions of globalization, THI addresses technology, architecture, and art as tools to empower authorities. THI has been presented in different venues in the US and abroad. It responds organically to its audiences, the space, politics, practice of the collaborator artists, and the image of future, at the time of each presentation. 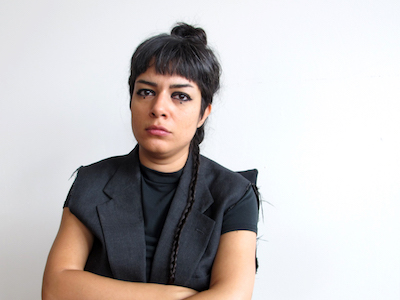 Shahrzad Changalvaee's practice responds to sculpture in a vast field of media, including installation, video, photography, text, and performance. She constructs unities of prints and multiple elements in a non-hierarchical rhizomatic connection system. Her recent photographs of accumulation of studio tools and material manifest resistance to organizational structures and patriarchal grid. Changalvaee was featured in Shanghai Biennial (2012), was the artist in residence in the Delfina Foundation in London (2012), and currently is a member and co-director of Bon-Gah collective in Tehran. She received a B.A. in Graphic Design from Faculty of Fine Arts, Tehran University (2006) and her M.F.A. in Sculpture from Yale University (2015). 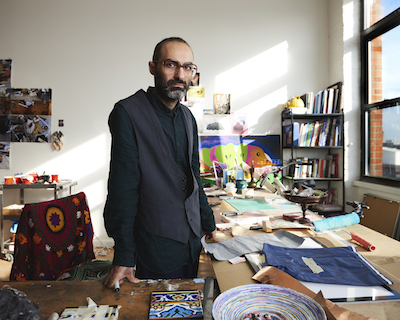 Iman Raad's work presents a contradictory combination of beauty and fear. Through his art, Raad addresses humankind’s anxieties by staging a traumatic scene of a disturbance in reality. He foregrounds ornamental elements, which invert the art historical narrative of ornamentation. His work presents subjects, such as birds and fruits, that are extracted from traditionally decorative and neutral contexts and juxtaposed with present concerns and future plans. Aside from painting, Raad is also an internationally acknowledged graphic designer, included in The Phaidon archive
of five hundred designs that matter as representative of the contemporary Persian graphic design movement. He received his M.F.A. in Painting and Printmaking from Yale University (2017), and is the 2017-2018 Shandaken Projects’ Paint School fellow.