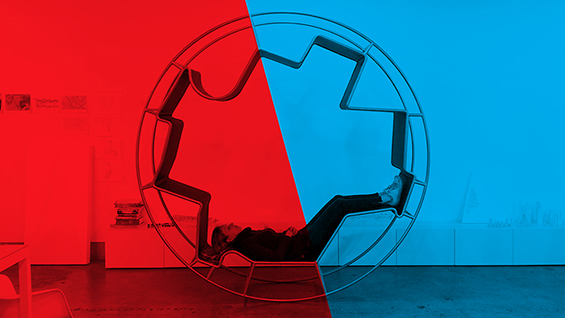 Iman Ansari is a designer and educator based in Los Angeles. He is a founding principal of AN.ONYMOUS, an anti-disciplinary design practice he founded with Marta Nowak in 2012. Focusing on design approaches that erase the boundaries between the body and the built-environment, the project range from urban, architectural, and interior design proposals to furniture, films, games and prosthetics. Their work has been published widely and exhibited at international venues including MoMA in New York, Hammer Museum, and A+D Museum in Los Angeles. AN.ONYMOUS has been a design consultant for NASA Jet Propulsion Laboratory (JPL) and is currently a design partner of Hyperloop Transportation Technologies.

Ansari’s doctoral research examines the instrumental role of architecture and design in the production and practice of medical science in the late nineteenth and early twentieth century in the United States. He has contributed to multiple books and edited volumes on architectural history and theory, landscape architecture and urbanism. His writings have appeared in journals such as Architectural Theory Review, Journal for the Society of Architectural Historians (JSAH), Places Journal, Log, Metropolis, Room One Thousand, Architect’s Newspaper, and Architectural Review among others.