The Rights of the People: How Our Search for Safety Invades Our Liberties

Talk and Book Signing with David K. Shipler at The Cooper Union 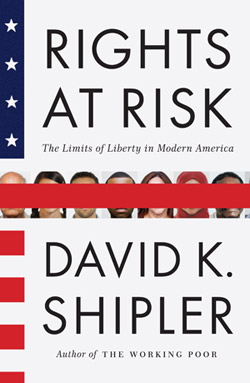 How have our rights to privacy and justice been undermined? What exactly have we lost? Pulitzer Prize-winner David K. Shipler takes an  impassioned, incisive look at the violations of civil liberties in the United States that have accelerated over the past decade—and their direct impact on our lives when he discusses his two new books, THE RIGHTS OF THE PEOPLE and RIGHTS AT RISK at the Cooper Union–The Rose Auditorium on Friday, March 16 at 6:30 PM.