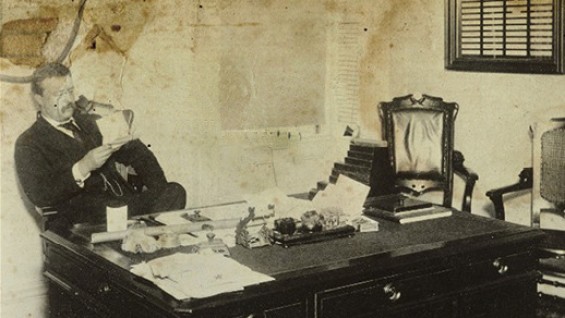 On Friday, September 21 at 6:30 PM, author Richard Zacks delivers a free lecture at 41 Cooper Square based on his new book, Island of Vice: Theodore Roosevelt’s Doomed Quest to Clean Up Sin-Loving New York.  Joseph Berger of the New York Times writes that Zaks, "tells the story of Roosevelt’s two-year campaign with gusto and authority and the wry observations of an author who knows how it will all predictably turn out."

From the book jacket: "In the 1890s, young cocksure Theodore Roosevelt, years before the White House, was appointed police commissioner of corrupt, pleasure-loving New York, then teeming with 40,000 prostitutes, illegal casinos and all-night dance halls. The Harvard-educated Roosevelt, with a reformer’s zeal, tried to wipe out the city’s vice and corruption. He went head-to-head with Tammany Hall, took midnight rambles looking for derelict cops, banned barroom drinking on Sundays and tried to convince 2 million New Yorkers to enjoy wholesome family fun. The city rebelled big time; cartoonists lampooned him on the front page; his own political party abandoned him but Roosevelt never backed down. Island of Vice delivers a rollicking narrative history of Roosevelt’s embattled tenure, pitting the seedy against the saintly, and the city against its would-be savior. "