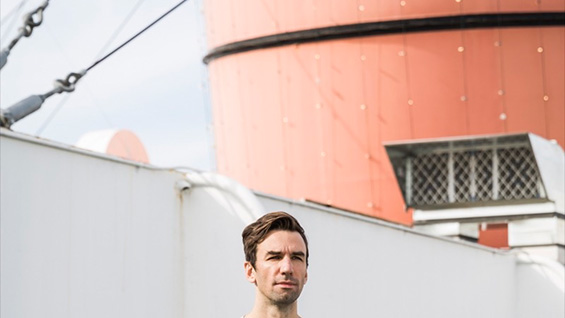 The Intradisciplinary Seminar series presents a discussion with Andrew Norman Wilson on his current work. It is free and open to the public.

Andrew Norman Wilson is an artist based in Los Angeles. Recent and forthcoming exhibitions include Dreamlands at the Whitney Museum of American Art (2016), the Gwangju Biennial (2016), the Berlin Biennial (2016), the Bucharest Biennial (2016), and On Sweat, Paper and Porcelain at CCS Bard in Annandale-on-Hudson, New York (2015), Office Space at Yerba Buena Center for the Arts in San Francisco (2015), Art Post Internet at Ullens Center for Contemporary Art in Beijing (2014), Scars of Our Revolution at Yvon Lambert in Paris (2014), and Image Employment at MoMA PS1 in Queens, New York (2013). His work has screened in Les Rencontres Internationales, the New York Film Festival, Prospectif Cinema at the Centre Pompidou, #VOICEOVER at the Palais de Tokyo, the San Francisco International Film Festival, and the Images Festival. He has lectured at Oxford University, Harvard University, Universität der Künste Berlin, and CalArts. His work has been featured in Aperture, Art in America, Artforum, Buzzfeed, e-flux journal, Frieze, Gizmodo/Gawker, The New Yorker, and Wired.+