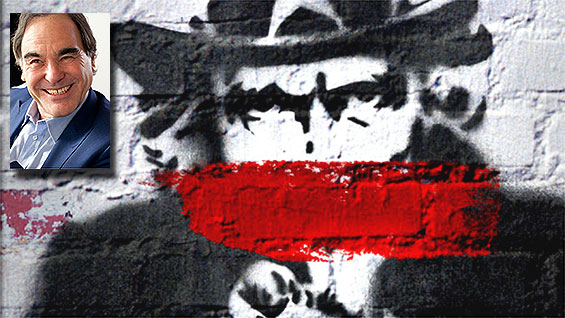 This Sunday, Nov. 11, filmmaker Oliver Stone and historian Peter Kuznick will present a free screening of one episode of their ten-part documentary The Untold History of the United States. The series will premiere on Showtime the following day.

From the series' website: "...this ten-part documentary series looks back at human events that at the time went under reported, but that crucially shaped America's unique and complex history over the 20th century."

After the screening, there will be a discussion with Stone and Kuznick along with Cooper Union Prof. Jeff Madrick and Victor Navasky, Publisher Emeritus of The Nation. There will also be a Q & A from the audience.  The screening will take place in the Rose Auditorium, 41 Cooper Square, at 3:00 pm. It is free and open to all, first come, first served.