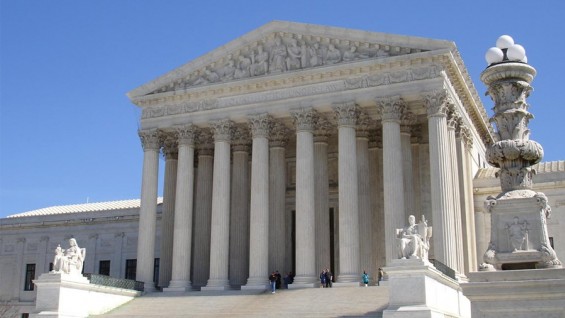 This is the third of a 10 part free lecture series by Burt Neuborne.

The Cooper Union offers a free evening lecture series by leading civil rights attorney Burt Neuborne exploring the United States Constitution and the Supreme Court's evolving interpretations of it. Online registration is required for those wishing to attend.

The ten-week series, titled "Three Constitutions:  Republican; Democratic; and Consensus," will be taught by nationally renowned civil liberties defender Professor Burt Neuborne, the Inez Milholland Professor of Civil Liberties and founding Legal Director of the Brennan Center for Justice at New York University Law School. Read our conversation with Prof. Neuborne where he disusses how he became passionate about civil rights and why he thinks the 2012 election is the most important since 1936.

The one hour lectures run weekly from October 4 through December 13, 2012, meeting at 6:30PM in the institution’s historic Great Hall, scene of many impassioned Constitutional debates since Abraham Lincoln's 1860 address on slavery.

"In an election year, we believe that examining the U.S. Constitution from a 21st century perspective is especially relevant," said David Greenstein, director of public programs and continuing education at The Cooper Union. "The interpretation and application of the Constitution is everyone’s concern. The Great Hall has served as a platform for these types of discussions for more than 150 years, and Professor Neuborne’s free lecture series will continue our tradition of challenging the status quo and bringing forth disparate views that shape public opinion."

Neuborne, who was National Legal Director of the ACLU (1981-86), Special Counsel to the NOW Legal Defense and Education Fund (1990-1996), and served as a member of the New York City Human Rights Commission (1988-1992), has argued numerous Supreme Court cases. Additionally, he has litigated hundreds of important constitutional cases in the state and federal courts.

According to Neuborne, many argue that the Supreme Court should confine its role to discovering and announcing the "original intentions" of the Founders. Others argue that the constitution’s often ambiguous text should be read as part of a "living constitution," whose meaning evolves over time as society changes. Drawing from Neuborne’s vast experience, one of the lecture  topics, "Three Constitutions:  Republican; Democratic; and Consensus," will examine a wide range of issues such as free speech for corporations, massive electoral spending, and immigration law efforts at the state and federal levels. In particular, Neuborne will posit that the interpretation of the U.S. Constitution by Supreme Court justices has been influenced by the changes in our society over the years and that there is a need to have three, not one, governing constitutions. Neuborne claims that these three doctrines—a Republican Constitution, Democratic Constitution and Consensus Constitution—which combine a respect for past precedent and the existence shared values—are already functioning in today’s courts.

In compliance with Cooper Union's charter, the institution is strongly committed to founder Peter Cooper’s vision to provide engaging public programming to the community at no cost.  The lecture series, which is part of the 2012 John Jay Iselin Memorial Lecture Series, was made possible with the support of the Franklin Fund for The Great Hall and the New York State Archives Partnership Trust.