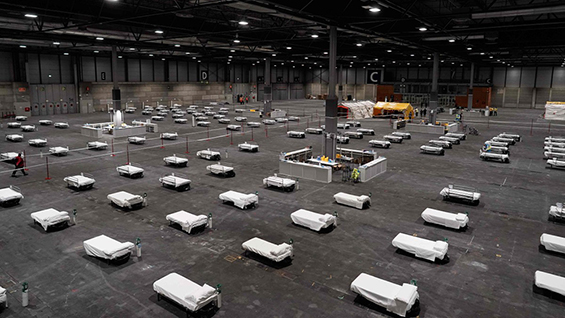 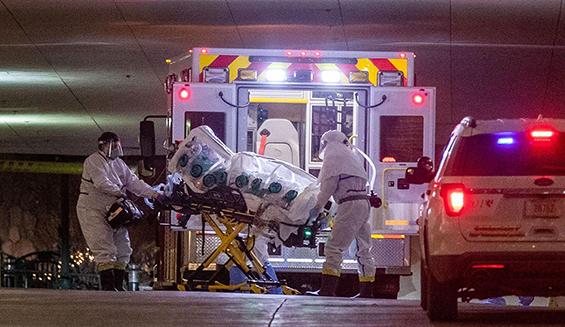 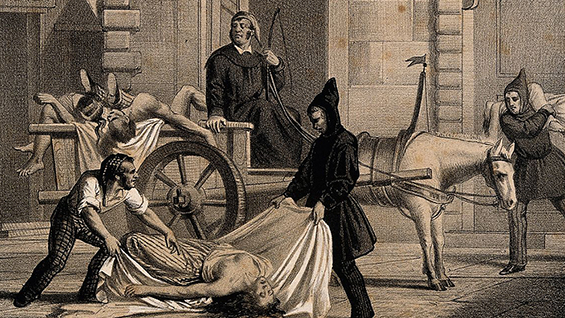 This lecture will be conducted through Zoom. Please register in advance here. Zoom account registration is required.

All architecture is sick. There is no disease without architecture, and no architecture without disease. Architecture constructs the very conditions for disease. Doctors and architects have always been in a kind of dance, often exchanging roles, collaborating, influencing each other, even if not always synchronized. Furniture, rooms, buildings, cities and networks are produced by medical emergencies that layer one on top of another over the centuries. We tend to forget very quickly what produce these layers. We act as if each pandemic is the first, as if trying to bury the pain and uncertainty of the past.

The presentation will be followed by a conversation and Q & A with respondent Anthony Vidler and moderated by Ivan Lopez-Munuera.

Beatriz Colomina is the Howard Crosby Butler Professor of the History of Architecture at Princeton University. She writes and curates on questions of design, art, sexuality and media. Her books include Sexuality and Space (Princeton Architectural Press, 1992), Privacy and Publicity: Modern Architecture as Mass Media (MIT Press, 1994), Domesticity at War (MIT Press, 2007), The Century of the Bed (Verlag fur Moderne Kunst, 2015), Manifesto Architecture: The Ghost of Mies (Sternberg, 2014), Clip/Stamp/Fold: The Radical Architecture of Little Magazines 196X - 197X (Actar, 2010) and Are We Human? Notes on an Archaeology of Design (Lars Muller, 2016). She has curated a number of exhibitions including Clip/Stamp/Fold (2006), Playboy Architecture (2012) and Radical Pedagogies (2014). In 2016 she was co-curator of the third Istanbul Design Biennial. Her latest book is X-Ray Architecture (Lars Muller, 2019). In 2020 she was awarded the Ada Louise Huxtable Prize for her contributions to the field of architecture.

Ivan Lopez-Munuera is a New York-based architectural and art historian, critic, and curator working at the intersection of culture, technology, politics, and bodily practices in the modern period and on the global stage. Since 2015 he is developing his dissertation on the architecture of HIV/AIDS at Princeton University.

Anthony Vidler is Professor and former Dean of the Irwin S. Chanin School of Architecture at The Cooper Union. He is an architectural historian and critic and the author of several books, including most prominently The Architectural Uncanny: Essays in the Modern Unhomely (MIT Press, 1992), Histories of the Immediate Present. Inventing Architectural Modernism (MIT Press, 2008), The Writing of the Walls. Architectural Theory in the Late Enlightenment (Princeton Architectural Press, 1987), Ledoux (Editions Hazan, 1987), The Scenes of the Street and Other Essays (The Monacelli Press, 2011). Vidler has taught at Brown University, Yale University, UCLA, Cornell University, and Princeton University. He received a B.A. and Dipl.Arch from Cambridge University and a Ph.D. from Technical University Delft.

The Fariba Tehrani Lecture was initiated in honor of Biba Tehrani, whose decades-long commitment to education has served as a radical alternative to the very models of conventional pedagogies of which she is both beneficiary and victim. Her commitment to discursive interaction, speech, and oratory makes this endowment an apt tribute for her contributions to generations of students.