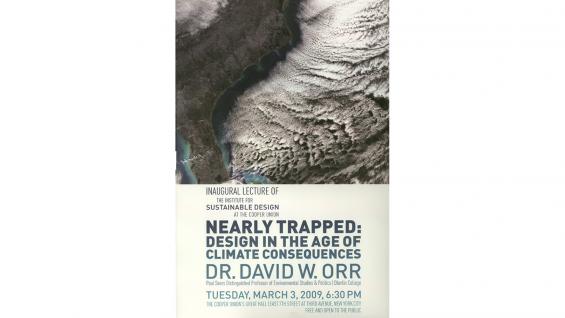 David W. Orr is the Paul Sears Distinguished Professor of Environmental Studies and Politics and Special Assistant to the President of Oberlin College and a James Marsh Professor at the University of Vermont. He is the recipient of five honorary degrees and other awards including The Millennium Leadership Award from Global Green, the Bioneers Award, the National Wildlife Federation Leadership Award, a Lyndhurst Prize acknowledging “persons of exceptional moral character, vision, and energy.” He has been a scholar in residence at Ball State University, the University of Washington, and other universities. He has lectured at hundreds of colleges and universities throughout the U.S. and Europe. He has served as a Trustee for many organizations including the <a href="http://www.rmi.org">Rocky Mountain Institute</a> and the <a href="http://www.aldoleopold.org">Aldo Leopold Foundation</a> He has been a Trustee and/or advisor to ten foundations.