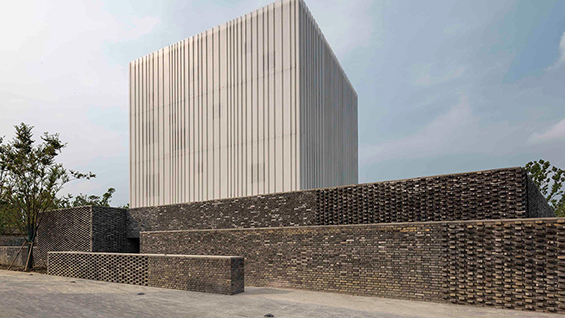 For their Current Work lecture, Lyndon Neri and Rossana Hu will discuss four projects in China:

Founded in 2004, Neri&Hu Design and Research Office is an interdisciplinary architectural design practice based in Shanghai, with an additional office in London. The firm works internationally in architecture, master planning, interiors, graphic design, and product design. Recently, Neri&Hu has been working on industrial design products for several European and Asian brands, as well as developing its own product line, which has been recognized by I.D. magazine’s annual design review awards, the Red Dot Award, and Perspective Awards, among others.

Lyndon Neri received an masters in architecture from Harvard University Graduate School of Design and a bachelors from University of California Berkeley. Neri worked at Michael Graves & Associates for over 10 years before founding Neri&Hu.

Both Hu and Neri have taught at the department of architecture of the University of Hong Kong Graduate School and have served as visiting critics at Princeton University, Syracuse University, and University of California, Berkeley, among others.

A conversation with Calvin Tsao, founding partner of Tsao & McKown, will follow the lecture.

Tickets are free for Cooper Union students and faculty with valid ID, and League members.