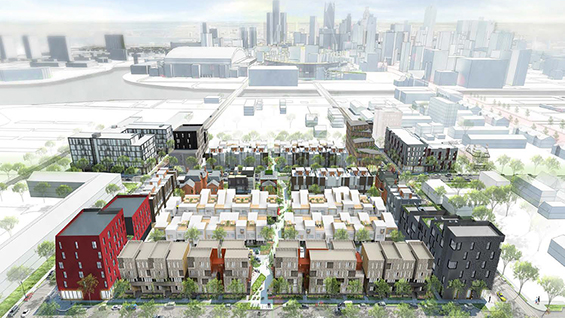 An alumnus of The Irwin S. Chanin School of Architecture of The Cooper Union, Maurice Cox is the director of planning and development for the City of Detroit.

Post-bankruptcy Detroit is becoming a leading laboratory for urban regeneration, and Cox has earned widespread acclaim for his innovative role in this process. To reshape the city into a vibrant and dynamic place, Cox channels citizen participation into democratic practices while achieving the highest quality of design excellence.

Cox previously served as mayor of Charlottesville, Virginia; design director of the National Endowment of the Arts; and director of the Tulane City Center in New Orleans. Early in his career, he spent a decade teaching and practicing architecture in Florence, Italy.

For Current Work, he will present a portfolio of City-commissioned work in landscape architecture, housing, and public space by some of the nation’s leading professionals.