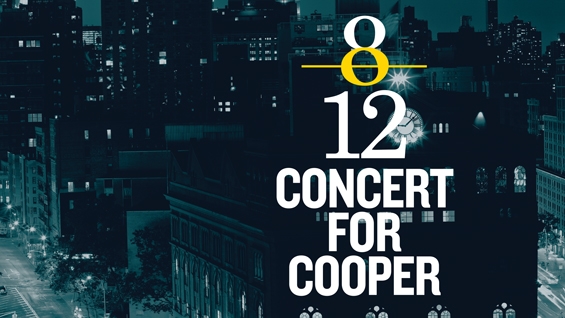 This one-night-only benefit concert to support the school’s commitment to return to free tuition for all undergraduate students! The show features musical performances, celebrity readings, and “shout outs” from distinguished guests, which together tell the story of The Cooper Union—from the history of civic engagement in the Great Hall to the outsized impact of Cooper innovation in New York and beyond.

Join us for this free, live-streamed event on Wednesday, August 12 at 7:30 PM. Register here.