Attention Ecology in the Digital Age 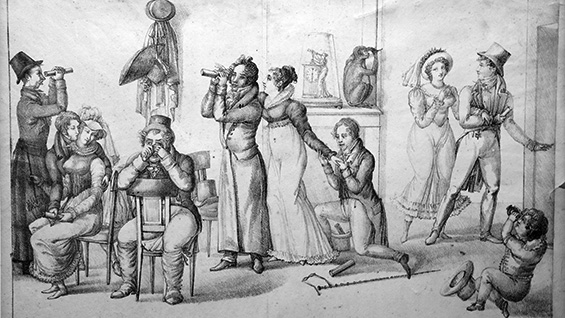 'The Kaleidoscomania, or the Lovers of English Jewels' Anonymous, circa 1820)

One often hears that our digital age is generating a major “crisis” in our attentional capacities and demands, leading us all to be endlessly and hopelessly “distracted”. This free, public talk will take a step back in order more precisely to question the common parameters used to frame such a “crisis”. In attempting to go beyond the shortsightedness of the “crisis mode”, it will suggest a number of ways through which one can escape the traps of our commercially-driven “attention economy”, in order to explore emerging questions of “attention ecology.” In a digital age where human attention gets increasingly delegated to machines (automatizing tasks of face-recognition, car-driving, or information-searching), what remains specific to human attention is precisely its capacity to be distracted, i.e. its curiosity. Thus education, research, and art institutions might better be conceived as “laboratories of curiosity”, so that our “attentional crisis” is recast as an opportunity to be more curiously and more creatively distracted. 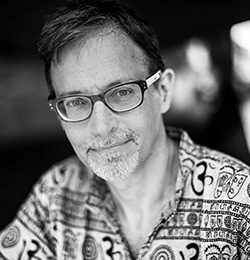 This lecture, part of the Spring 2018 IDS Lecture Series at The Cooper Union, organized by Leslie Hewitt and Omar Berrada, was also organized with the support of the Cultural Services of the French Embassy. The IDS Public Lecture Series is part of the Robert Lehman Visiting Artist Program at The Cooper Union. We are grateful for major funding and support from the Robert Lehman Foundation for the series. The IDS Public Lecture Series is also made possible by the New York State Council on the Arts with the support of Governor Andrew M. Cuomo and the New York State Legislature.