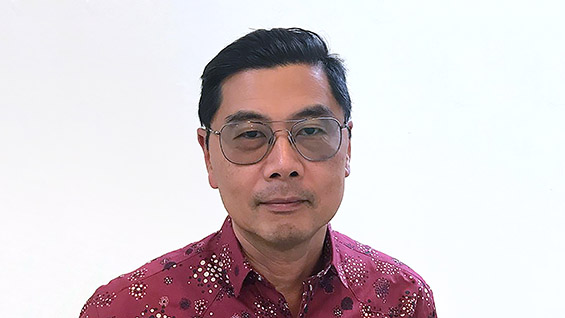 The School of Art is pleased to present an artist lecture by Byron Kim, Alex Katz Chair in Painting (Fall ’18). It will be held in Room 215F of The Foundation Building and is open to the public.

Byron Kim, born in 1961 in La Jolla, CA, is a Senior Critic at Yale School of Art and lives in Brooklyn, NY. He received a BA in English from Yale College in 1983 and attended Skowhegan School of Painting and Sculpture in 1986. Kim is best known for his painting, Synecdoche, which was included in the 1993 Whitney Biennial. Comprised of a grid of hundreds of panels depicting human skin color, the work is both an abstract painting in monochromes and a group portrait. His ongoing series of Sunday Paintings, in which he records the appearance of the sky every week along with a diary entry, juxtaposes the cosmological with the quotidian. Kim often works in an area one might call the abstract sublime. His work sits at the threshold between abstraction and representation, between conceptualism and pure painting. Kim’s paintings often appear to be pure abstractions, but upon investigation, they reveal a charged space that often connects to the artist’s personal experiences in relation to larger cultural forces.