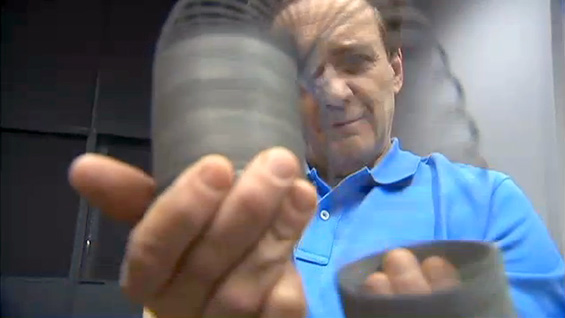 On March 14, 2015 at 9:26:53 the mathematically minded may have paused a moment to recognize the once-a-century coordination of the date and time to match the constant of Pi to the ninth decimal place: 3.141592653. Alan Wolf, professor and chair of physics at the Albert Nerken School of Engineering was one such person. The local TV news affiliate Fox5 News featured him in a segment for their March 14 broadcast noting the moment. "I'm excited enough that I'm going to the event in Union Square," he says in the light-hearted piece. "And I will be holding a glow-stick." You can see the full report below.