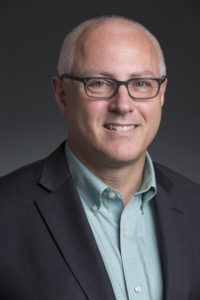 Stephen Welby is the Executive Director and Chief Operating Officer of the Institute of Electrical and Electronics Engineers (IEEE). IEEE is the world’s largest technical professional organization dedicated to advancing technology for the benefit of humanity. IEEE and its members inspire a global community to innovate for a better tomorrow with more than 423,000 members in over 160 countries, and through its highly cited publications, conferences, technology standards, and professional and educational activities. IEEE is the trusted “voice” for engineering, computing, and technology around the globe.

Prior to joining IEEE, in 2015 Stephen was nominated by President Obama and confirmed by the US Senate as the Assistant Secretary of Defense for Research and Engineering.  In this role, he served as the chief technology officer for the U.S. Department of Defense, leading one of the largest and most complex research, development, and engineering organizations in the world. As ASD(R&E), Mr. Welby was responsible for the Department’s strategies and supporting plans to develop and leverage the technologies needed to protect U.S. national security. He oversaw matters ranging from investments in basic science and capability prototyping to research and engineering at the Department’s laboratories, promoted coordination and cooperation across the DoD and with other federal and non-federal agencies and organizations, and ensured technical exchange with allied and friendly nations.  He oversaw a $12.5B annual investment portfolio, managed internal and collaborative research and engineering efforts, drove a culture that valued innovation, and supported the department’s global technical engagement.

Prior to this role, Mr. Welby had been appointed by the President to serve as Deputy Assistant Secretary of Defense for Systems Engineering, developing policy for and overseeing the efforts of the world’s largest engineering workforce. Mr. Welby was the department’s senior engineer for all non-construction development efforts, overseeing design reviews for major investments in aviation, space systems, surface vessels and submarines, land vehicles, communications systems, major software developments.

ABOUT THE AWARD:
The Gano Dunn Award for professional achievement in engineering, industry, science or finance is presented annually to a graduate of The Albert Nerken School of Engineering. Established in 1955, the award is named for Gano Dunn, who devoted a quarter century of service to The Cooper Union as a Trustee, as Chairman of the Board of Trustees and 15 years as President of The Cooper Union. He was an Electrical Engineer who received one of the first degrees in electrical engineering granted in the United States. He got that degree from Columbia University in 1889. He served as President of J.G. White Engineering Corporation. He directed construction projects around the world including the US Oil Base at Pearl Harbor and the rebuilding of Haiti following a massive earthquake. He is the recipient of both the Edison Medal and the Hoover Medal for his achievements in Engineering. Read Gano Dunn’s biography here. 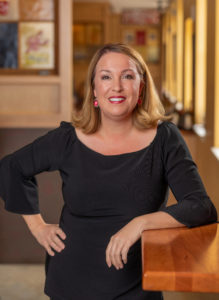 Jennifer Weishaupt brings what might seem like unexpected experience to her role as CEO of Ruby Slipper Restaurant Group.  A chemical engineer, Jennifer “retired” from Shell Oil Company in 2015 with 16 years of service, most recently as Operations Manager for three oil & gas production platforms in the Gulf of Mexico.  As Co-Founders of Ruby Slipper, she and her husband Erich brought their engineering systems mindset & management skills to grow the business from a single small neighborhood café in 2008 into an award-winning 18-unit restaurant group, now spanning five (5) states and two (2) sister brands (Ruby Slipper Café and Ruby Sunshine).  As CEO, Jennifer oversees all aspects of restaurant operations, culture and future growth for the brands.

Jennifer stays engaged in her community where she recently completed a term of service on the Board of Directors of Liberty’s Kitchen and previously served on the Board of Directors of Morris Jeff Community School.  Aside from her personal list of philanthropic endeavors and awards, Jennifer and Erich founded the Weishaupt Family Foundation in 2019 and the Lagniappe Krewe Emergency Relief Fund in 2020.  They ensure that Ruby Slipper Restaurant Group stays committed to community involvement through fundraising events and support of local non-profits and businesses.

ABOUT THE AWARD:
The Peter Cooper Public Service Award is presented annually to a graduate of The Cooper Union who best exemplifies Peter Cooper’s life of service to the public. This award was established in 2014. 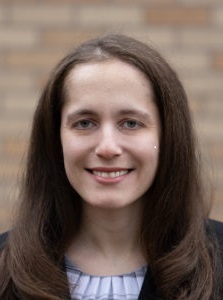 Anna Brook graduated from Cooper Union in 2004 with a BSE degree. She earned a JD degree from Harvard Law School in 2007. While in law school, Anna appreciated that thanks to Cooper Union she was in the enviable position of having no undergraduate debt.

Anna is an attorney focused on patent litigation and counseling. She is a partner in the intellectual property group at the law firm Culhane Meadows. Prior to that, she worked in the New York office of an international law firm for 12 years. Anna represented pharmaceutical companies in patent litigation relating to some of the world’s top-selling medicines, consumer goods manufacturers in litigation relating to everyday household products, and patent owners in high-stakes corporate transactions.

Anna lives in New Jersey with her husband and four children. Anna hopes that at least one of their kids eventually attends Cooper Union (for free).

ABOUT THE AWARD:
The Young Alumnus Award was established in 2003 to recognize recent alumni who have provided exemplary volunteerism and public service to The Cooper Union Alumni Association.