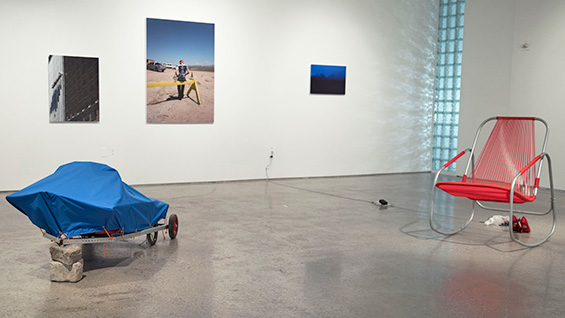 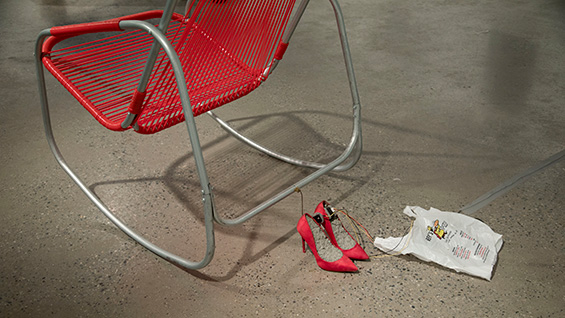 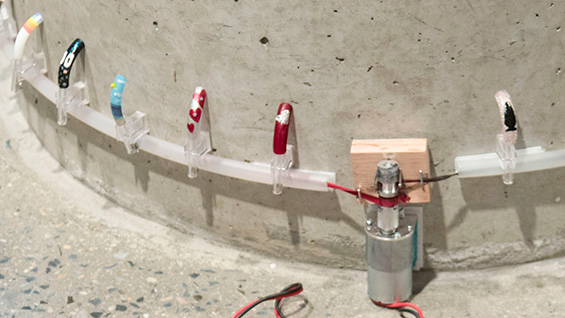 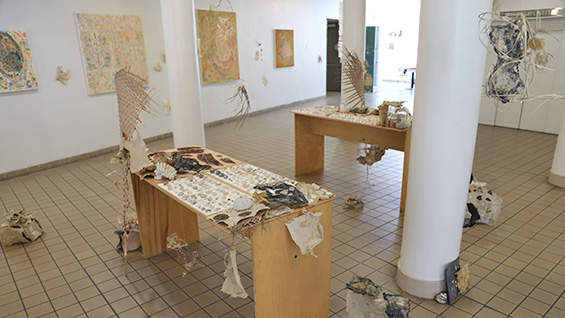 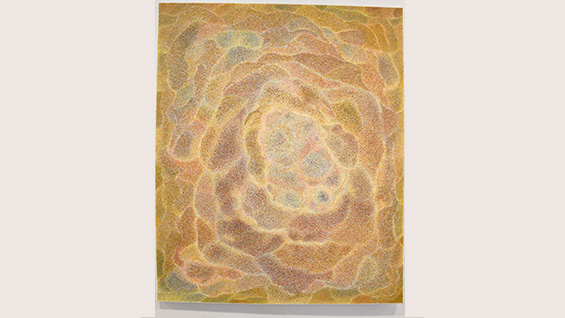 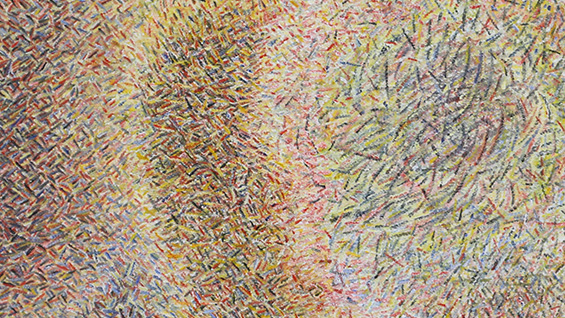 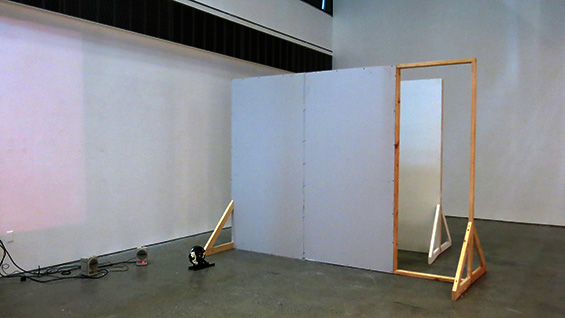 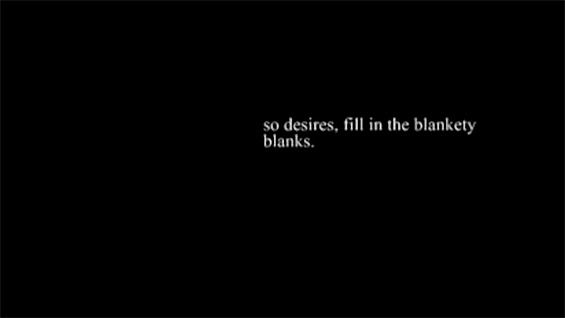 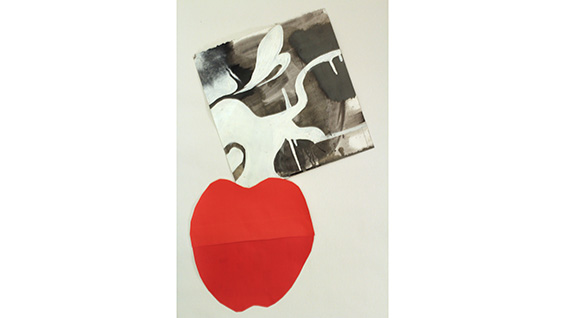 Three aspiring artists, all women, each originally from a different Caribbean island, arriving in the U.S. at different ages, all ended up at the School of Art as freshmen in 2014. Four years later Paloma Izquierdo, Naomi Lisiki, and Taya Serrao are also graduating together. We sat down with each of them to talk about their art, their experiences, where they are going and what it is like to be part of the first class to graduate in 150 years having been charged (partial) tuition. 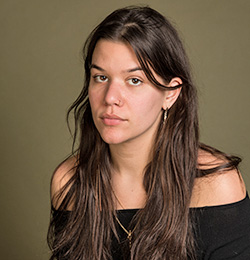 Paloma Izquierdo was born in Cuba and moved to Miami at the age of two. But she remained deeply connected to the Cuban culture among the huge population of ex-patriates, returning to Cuba every four years with loads of packages. She grew up interested in dance and, thinking she could study it at the Design and Architecture Senior High (DASH), got an application from there "by mistake." But her putting together a portfolio and being accepted was no accident.  It was there that she cultivated her interest in the visual arts.

Paloma learned about the School of Art on her first day at DASH. "I sat next to my friend Mandy Kuhn [A’16] and she said, 'I want to be a farmer and I want to go to this free art school.' That sounded like a good plan to me too." Curiously, Paloma actually did get into farming, sort of. On weekends, she worked a stall at the Union Square Farmer's Market.

Of her current artistic practice, she says, "It's funny but I think I went full circle. Now I'm making things related to dance. Instead of me performing I am making objects that are 'alive' and can perform." Her senior presentation, "Times 2," included a rocking chair she made out metal tubing attached to a pair of shoes that tipped forward and back, pushing the chair as if a ghost were sitting in it. In another work, several dozen, hand-painted, prefabricated fashion nails, driven by a system of rotating magnets, successively tapped on a cement column like a bored diva.

"I'm interested in artworks as social exchange," Paloma says. "I don't like things that just represent other things. That just seems like too much of a signifier. I prefer something that elicits a response from the viewer." In her spare time Paloma still practices dancing, salsa in particular. Her last artwork at The Cooper Union, for the annual student exhibition, bears the closest relationship to dancing of her works yet. She is designing what she calls a Cuban-style mop that will dip, as if it had an invisible lead partner, in time to recorded bongos.

After graduation, she will return to Miami for a while and eventually will apply to grad schools, maybe even a residency in Cuba. Paloma has a naturally skeptical disposition through which her experience at The Cooper Union gets filtered. "I don't think I am a better artist but I am making work truer to myself now," she says of her time here.  She has similarly qualified feelings about being part of the first class to receive a different scholarship than the ones previously. "I feel a couple of ways about it. For one, I didn't pay because I got a full ride. Which is cool that they still do that. I think it's like 20% of us get that." [For the tuition-paying classes starting in Fall 2014–17, 37% of students under the new tuition policy received 100% full-tuition scholarships -ed.] Still, she supports the move to return to a full tuition scholarship, although she has thoughts about that too. "I don't know if the school will be where it was in ten years. What they are not taking into account is how things change, beyond nostalgia for how things used to be. I don't think it's going to be the same." 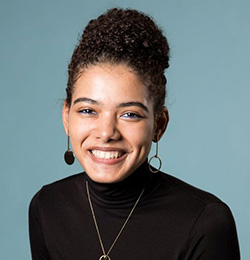 When she was 13 Naomi Lisiki moved to Ridgewood, Brooklyn from a beach community in the French West Indies. She first started making art when she arrived in the U.S. "It was such a different environment and I didn't speak English. So it was a way to have conversations. I am interested in finding in the work things I cannot find in language. I think art refers to the senses the same way poetry does. So, I am always looking for that in making things."

Naomi attended the Lyceum Kennedy International School in New York, near the U.N. She knew she eventually wanted to go to art school but had no idea how. Her mother found out about the School of Art Saturday Program, which gives free art classes to New York City high school students. "Through that I met students of the school. They really inspired me, the work that they did and the way they spoke about art. I grew affectionate for The Cooper Union. This year I worked at the Saturday Program teaching painting."

"I love painting. I have to do it. It brings joy to my life," Naomi says. Using oil paint on canvas she applies small, densely-packed marks in vaguely symmetrical patterns. Though still abstract, the stippling may remind viewers of rubbed fur, or blades of grass blown in the breeze. Each painting can take many months to complete. "I like being patient with my work. It becomes my passion and nothing matters any more. It's meditative but also has moments like, What's going on here? How am I going to do this? These moments are important, as they make the painting an evolving journey."

Her senior presentation, Pièces étrangères, included other types of works as well. Her interest in poetry and philosophy — Rimbaud is a favorite —are almost literally woven through her art. In particular Naomi makes her own paper out of flax and abaca. But she mixes in seashells and dried plants she collects during visits back to her native island. "Flax shrinks and preserves the shapes in the paper, so they are forever embedded, like writing." The result is sculptural yet totally organic. In another work, she took dried plants of the baby's breath variety and reinforced them with a wire support. In one case she pierced the stems with needles, giving it artificial protective thorns.  "The absence of life leaves them empty for something else. That's kind of how I approach art. Something ended and something else is about to start."

Bashfully, she says she applied to the Yale MFA program… and has been accepted. "I learned a lot here. I really respect my teachers. They encouraged me and questioned me. It was a very constructive experience. Material-wise I am evolving but my relationship to my work has become deeper." Of the tuition, she says, "Coming here we wanted it to be free. Back home it is close to nothing to go to college. But I think The Cooper Union is very special, a community of artists, architects and engineers. Even if I didn't take those classes, architecture or engineering, I saw them working in the shop and around school. I want to be part of the community and add something. Being here and trying to change things is a good thing. That I had to pay doesn't bug me because what is meant to be is meant to be. In the future, other students may have it for free. C'est la vie." 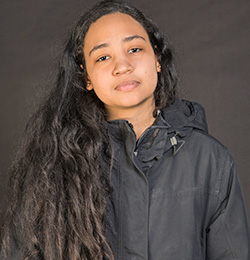 Finishing out the Caribbean Women Artists trifecta, Taya Serrao, from Trinidad, is the one actual international student of the three, meaning she studies here through a student visa. She grew up in the Trinidadian capital, Port of Spain, with parents who were interested in and encouraging of the arts. In high school, she had a "really good" art teacher who told her about The Cooper Union. She applied to the School of Art "for fun" because she liked the challenge of the hometest. "I figured even if I didn't get in I could use that work in my portfolio for other schools," she says. But of course, here she is.

"My practice is varied and inconsistent," Taya says. "I feel like a bit of a performer, for example making paintings for a while and then I'll start making videos or something." She is also an actual performer. Her senior presentation, "Running Shoe," in collaboration with fellow graduating senior Ella deBuck, was an installation work that included paintings, sculpture and video, including one of her playing the piano. The music was mostly improvised except for a short excerpt of the Beatles' "Let It Be." "In this setting of an art school where people make things that are very entertaining in a very up front kind of way I was interested in the idea that someone could walk through the gallery space and not know that anything was there. Maybe they would even be super-bored. But in my piece that one minute of the Beatles song – and I am not even a huge Beatles fan – would be the one thing they could hold on to."

Asked if there are any consistent themes running through her work Taya thinks for a bit. "Maybe displacement or inconsistency or fracturing. But I also know that this is almost overdetermined because I am from the Caribbean. I pushed that aside for a long time. I don't want to be determined by what is theoretically supposed to interest me. But sometimes you don't realize what you have been doing until you find out that you have been doing something all along."

Even though the Trinidadian government gave her an open scholarship, meaning she could go anywhere to learn anything and they would pay, Taya still has strong feelings about her tuition. "I was really upset when I first heard about the change. One of the things that attracted me to Cooper was that it was free. Not that it personally affects me, but it's a shame that it changed. What does it mean that maybe we are customers now? Do we have a relationship to the school in a way that makes us less than the people that came before us? Maybe these things are not so good to think about but a lot of us have." And if it returns to free, even though she was asked to pay? "I'll be happy. Shit happens. "

Taya gets one extra year on her visa that she we will use to take some time off and "feel like a person again." After that she hopes to go to graduate school. At this point she says, "I feel like I can use any medium I want. That's amazing. Just to have all those options. Cooper teaches you how to balance very different and inconsistent things. This place is great and there is still amazing stuff here."

Portraits by Jacqueline Soffer A'18, By Jackie and Shelly LLC