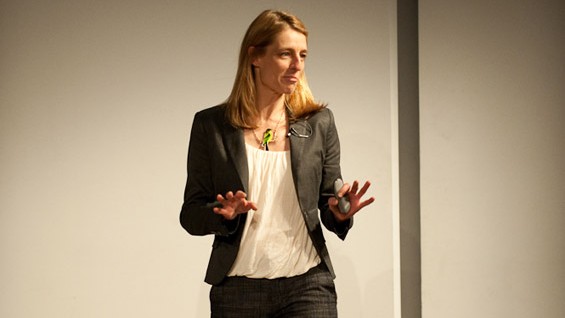 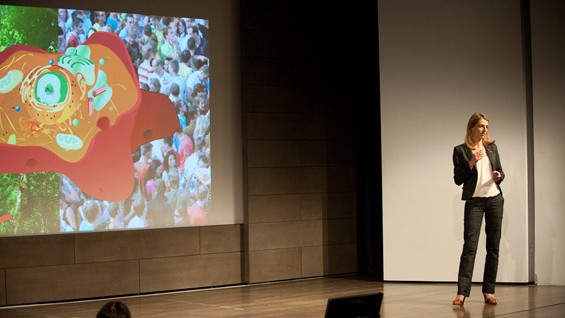 There is a part of human nature that loves a world that can be explained in unequivocal terms. People working in the sciences, for example, often seek to describe nature in atomistic, mechanistic, and timeless language. We want to know the universe and ourselves in ways that are stable and unchanging. Who would want otherwise, to live in a world of uncertainty?

On the other hand, it’s hard to deny that today we live in a world of context. “We are always already in the world,” Heidegger reminds us—as does philosopher Maria Brincker in her TEDx Cooper Union talk below—the third in our web video series. Brincker, who has a dual background in philosophy and cognitive science, argues passionately for an understanding of human subjectivity as a contextual process. Rather than being defined by our DNA or inherited traits, every human being is an evolving process of interconnected forces both internal and external that relate both to others and a changing world around us. Brincker describes herself in these terms as a “cyborg”—a product of social forces and technologies (birth control, the education system) that allowed her to attain her professional life.

In her talk, Brincker proposes the model of interdisciplinarity and translation—the former term being the theme of this year’s TEDx Cooper Union—as foundational to all forms of knowledge that must evolve in an increasingly connected world. Contextual and socially-driven disciplines, regardless of whether they are closer to design or science foundationally, become ethical and political with implications for other forms of knowledge. And care for the environment in a contextual world becomes by implication care for individuals.

Maria Brincker received her Ph.D. in Philosophy and Cognitive Science from the CUNY Graduate Center in 2011. She is currently an Arts & Neuroscience fellow at the Italian Academy for Advanced Studies in America at Columbia University and will be Assistant Professor of Philosophy at UMass Boston starting Fall 2012. Brincker has previously taught philosophy at the Fashion Institute of Technology, City College, Long Island University and LaGuardia Community College.