As vice president of gas operations at Consolidated Edison Company of New York, Nancy Yieh (ME’79) is responsible for the vast underground network that delivers gas to more than one million customers in Manhattan, Queens, the Bronx and Westchester County. In all, she oversees approximately 600 employees and 7,200 miles of gas mains and service pipes. Yet Yieh can’t simply be summed up by impressive facts and figures. Her life and 30-year career at Con Edison have been distinguished by a litany of pioneering accomplishments: she studied engineering in an era when few women worked in the field; she was the first female gas distribution service section manager at Con Edison; she is one of a few female utility company executives in the U.S.; and she was the first female Asian-American engineer to be named vice president of a major utility. 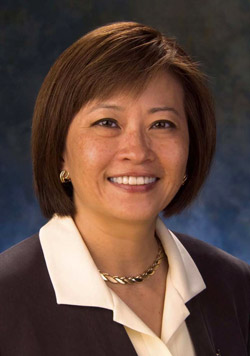 In 1985, Yieh also became one of the first women in New York City to receive a stationary engineer’s license, which means she is qualified by the city to operate a high-pressure boiler. “When I got my license,” she says, “the clerk called everyone in the office over, shook my hand, and said I was the first women he’d seen receive the stationary engineer’s license.”Modest to a fault,Yieh is quick to brush such accolades aside. “But these are just little things,” she says with a laugh. “I'm also the first power generation maintenance supervisor to have gotten pregnant.” Yieh’s is one of the myriad untold stories that make up the fabric of New York City. Like so many New Yorkers, she was deeply affected by the events of 9/11. Unlike most New Yorkers, her profession gave her the opportunity to participate first hand in the emergency response. In the aftermath of the attack on her life long hometown, the response of the company to which she has dedicated her professional life ranks as one of her proudest moments. “Con Edison did a lot during the emergency to try to make the area safe,” she says. “If we hadn’t gotten the gas and electric shut off, the disaster could have been even worse. After nine days of 12 hour shifts, we were getting ready to stand down, and on the last day I was supposed to be on duty, I got the call that we were needed to assist with the removal of debris from the site. The call came in, my partner downtown asked how many dump trucks I had, how many drivers I had and how quickly I could get down there. I called my people to the yard, and when I got there, I saw the American flag we had put up, my dump truck drivers and my dump trucks all lined up in convoy fashion and my two planners with checklists of what they needed to do. I remember seeing the planner give the sign to go, and they all took off. Not one of my people complained; I can’t say enough about the people who work for me.”

Yieh appreciates her employees because she understands what they do. Before being named vice president of gas operations in 2004, Yieh worked for 25 years in a variety of areas within Con Edison—power generation, construction, substation operations and gas. In power generation, she spent nine years in the operations and maintenance areas as a first-line supervisor and planner overseeing the maintenance and overhaul of boilers and turbines. In the construction area, Yieh oversaw major projects at generating stations when Con Edison switched to natural gas as the major fuel,which necessitated the installation of new pipes and controls. In substation operations, the electric transmission side of the business,Yieh was responsible for the operation and maintenance of four transmission substations in the Bronx. In the gas area, she initially oversaw the maintenance of Con Edison’s gas lines in the Bronx and Westchester County; today she is responsible for the operation and maintenance of the entire system.

While Yieh represents a number of firsts for women at Con Edison, she says gender was never a determining factor in her career. “My philosophy is that I wouldn’t ask anyone to do anything I wouldn’t do myself,” she says. “I think you have to prove yourself.” Before she proved herself in the field, Yieh had to prove herself in the classroom.When she entered The Cooper Union in the mid-1970s, engineering wasn’t a field traditionally pursued by women. “I knew that few women went into engineering, but one of the things I was looking for was an unusual job,” she says. “I didn’t want to go to law school or medical school, and I wanted to do something that someone else hadn’t done. I didn’t want to be part of the masses—I wanted to make a mark.” “My mother wanted me to go to secretarial school,” she says with a laugh, “but I was terrible in shorthand.” As a child growing up in the Flushing section of Queens, Yieh was surrounded by a family of engineers. She describes herself as a practical child who enjoyed math and science—so it was natural, she says, that she would gravitate to the engineering field. At Flushing High School, she utilized the city’s executive internship program to work for a semester at the Department of Sanitation. She admits it wasn’t the most glamorous job, but the experience enabled her to see firsthand all aspects of the business—including some project management and engineering design.

After high school, engineering school was the next logical step. Yieh says she chose The Cooper Union because of its reputation as a top engineering school—and for the tuition-free education. Of the 100 or so students in Yieh’s entering class, about 10 percent were women. Of the 16 that graduated with a concentration in mechanical engineering, about 25 percent were women. She says the curriculum was rigorous, and to survive, you had to have a real passion for the subject matter. “I remember Professor Stecker, who was the first professor we were exposed to,” says Yieh. “He told us that 10 percent of us were going to fail the first year, and another 10 percent were going to fail in the second year—it was very intimidating.” She also recalls Professor Chinitz, who was the chair of the mechanical engineering department. “Professor Chinitz was tough, but very fair,” she says. “I enjoyed his classes—even the ones where I got Cs.” “Cooper Union gives you discipline, which helps you get through tough times once you get out of school. The engineering background I got there gave me the ability to develop technical proficiency in any of the areas at Con Edison.” 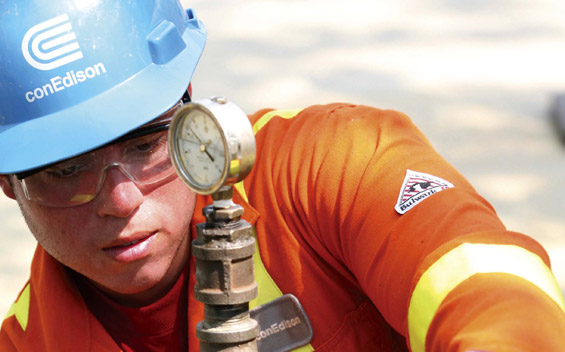 When she graduated in 1979,Yieh received a handful of job offers. She chose Con Edison because she was partial to the energy field; thermodynamics and gas dynamics—classes she took with Professor Chinitz—were areas that she particularly enjoyed. Con Edison also had jobs available in the field at the time, so Yieh knew she wouldn’t be trapped in an office, would be meeting a lot of people and would be doing a lot of major construction work. In choosing to work for Con Edison, Yieh was also continuing the long standing and extensive connection between The Cooper Union and the utility. Hudson Searing (Eng’16) and John Cleary (EE’25) were presidents of Con Edison, and Kevin Burke (EE’72), is the company’s current chairman and CEO. Cooper Union president Dr. George Campbell Jr. is a member of Con Edison’s board of directors. The school and the utility also collaborate on a number of education partnerships. Like The Cooper Union, Con Edison has a storied history in New York City. Long before the Con Edison that New Yorkers know today, there was the New York Gas Light Company, which provided gas to street lights in Lower Manhattan beginning in 1823. In 1884, six gas providers in New York City merged to form the Consolidated Gas Company of New York.

In 1936, after taking over several gas, electric and steam companies in New York City and Westchester County, the Consolidated Gas Company became the Consolidated Edison Company of New York. Today, Consolidated Edison Company of New York is the principal subsidiary of Consolidated Edison, Inc., which also operates Orange and Rockland Utilities,Con Edison Solutions, Con Edison Energy and Con Edison Development. Overseeing Con Edison’s gas operations is an immense responsibility—mainly because the potential for an incident is always present. “Energy is a commodity that is dangerous,” says Yieh, “and you have to do your best to deliver it in a safe, reliable way. New Yorkers want their lights on all the time and they want to be able to turn their stoves on at any time. You can’t compromise safety for reliability, and you have to make sure that you are giving customers what they want.” As with any company these days, environmental concerns are a priority.“We’ve always looked for better ways to deliver energy with respect to the environment, with respect to safety and with respect to reliability,” says Yieh. “For example, in terms of the environment, we’re looking at our fleet of cars—while it might be a little more expensive, we’re switching to hybrid vehicles. Cost is an issue, but sometimes just a little extra cost will do more for the environment and the good of the people.”

“Energy conservation is something that we have always preached—it’s just getting a lot of attention now. A big thing for us is trying not to release gas to the atmosphere.That means when we fix leaks, rather than blowing off gas to the atmosphere, we try to recapture it and put it back into the pipe.” Outside of Con Edison, Yieh is a member of the American Society of Mechanical Engineers and the Society of Gas Lighters, and serves on the Northeast Gas Association’s Operations managing committee. She is also on the board of directors of Asian Women in Business, a non-profit organization that provide resources, such as education, to Asian women entrepreneurs. Along with providing workshops and networking sessions for people who want to start their own businesses, the organization offers a mentoring program for women in the corporate sector. Yieh takes a lot of pride in her involvement with Asian Women in Business—an involvement that embodies her belief in the importance of continuing volunteer activities throughout one’s career. It is not surprising then that when looking back over her career, despite all of her accomplishments, Yieh takes the most satisfaction in the instances when she was able to help others. “Way back when I was a first-line supervisor in the power generation group, we had a lot of people working for us—and sometimes things can get a little impersonal,” she says. “Sometimes people needed recommendation letters to get promoted. I remember this one kid who had worked for me and was fabulous; I wrote him a letter for promotion, and he remembered it.Acouple of years later, when he was leaving the company for another job, he came up to me and thanked me for it. That’s what is important— I think I made a difference in his life.”