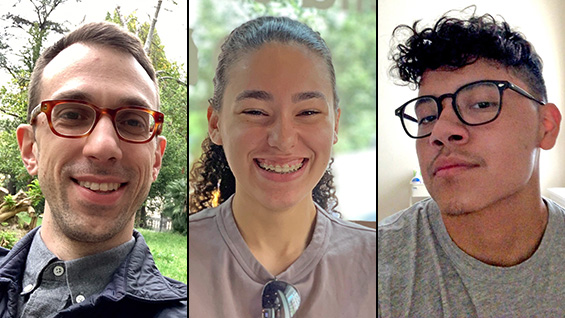 Every year we ask a few of the newest Cooper Union students to give us a bit of background about themselves: where they are from, why they pursue art, architecture or engineering, why they chose to do so at The Cooper Union, and what they were up to during the summer. In part three of the 2019 Incoming edition, meet Reid Chambers, Leala Baker, and Ash Espinoza. [See part one and part two of this three-part series.]

I've been breaking and fixing bicycles since I was a pre-teen. I made a decade-long career of it before returning to school in my late twenties. I worked for professional cycling teams, component manufacturers, and eventually opened my own shop. I now work for the New York Air National Guard as an aircraft maintainer. All of these jobs dealt with the hands-on aspect of engineered designs.

The Cooper Union seemed to be the most robust, well-grounded, and involved programs available to me. The proximity with professors and the opportunities for interdisciplinary studies are a major draw for me. Studying engineering now can give me the know-how to work towards improving such designs and hopefully leading to a wider spectrum of specializations.

I'm looking forward to everything at Cooper! As a transfer student from the Borough of Manhattan Community College (BMCC), I already have some background knowledge, but I'm really looking forward to deepening those skill sets and getting hands-on experience in the many labs and shops at Cooper. I'm really just excited to make the very most of this opportunity.

I spent the first part of the summer working on a research project involving synthesis of carbon nanotubes through electrolysis under my mentor at BMCC. Then I spent a month fixing search-and-rescue aircraft and helicopters for the Air Guard. Before the summer was out, I managed to escape to Mexico City for a week to visit friends and eat tons of delicious food. 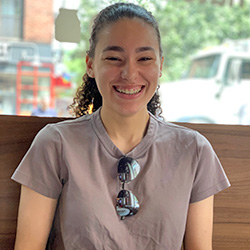 As a young child, I was always interested in and curious about the structure, functionality, and creative aspects behind the design of spaces and objects. The games I had as a young child that interested me the most were the ones that let me create different shapes and designs. As I got older, I started to develop an interest in colors and how they can play into my designs and artwork. Through color, I became more interested in finding ways to incorporate it into my design without it being intrusive to the human eye, which led me to deepen my research into different professions to find one that would allow me to express myself in a colorful-structured way. This is when I found architecture. From there I fell in love with the profession and devoted all my time and effort towards becoming an architect, from designing on my own time to going to a high school where I was able to major in architecture for four years.

Choosing an architecture school to attend has been one of the most difficult and important decision I have made. Out of all the architectural schools I have visited and considered attending The Cooper Union was the only school where I felt I could develop my architecture and individuality. It is a school where the education has an individual approach because of its student to teacher ratio, it’s feeling of community, and the passion everyone has for their work. I wanted a school where I would not only obtain and education but also contribute to my education and the school.

I look forward to not only engaging in my education but also benefiting from Cooper Union’s unique characteristics. From interacting with different cultures to studying architecture in the greatest city in the world, New York City. I also look forward to meeting my professors and learning the most from them, and I am excited to meet my peers who I will go with on this journey of Cooper Union.

I started my summer by moving into the city and preparing myself for the new experience of living in NYC by exploring and familiarizing myself with the area. In July, I enrolled in the Cooper Union Summer Writing Program to develop my writing, which helped me tremendously with all the problems I was having with my writing. I also spent time with my family, who have been instrumental and supportive of my education. 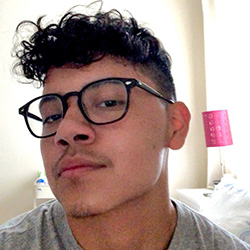 Scribbles on a piece of paper was the start of my long continuous connection to art. Despite being known as the artist of the family, it was difficult standing my ground when asked what I was “actually” going to study in college. I would simply reply with, “neuroscience,“ because who wouldn’t love a doctor in the family? My high school graphic design teacher taught me to unapologetically be myself and to “eat life with a big spoon”. With his guidance, I was able to gain confidence in my work and to pursue it. If it weren’t for him, you wouldn’t be reading this right now.

I decided to attend the Cooper Union because of how highly selective and devoted it is to its mission. Although I attended a CTE high school for the arts, most students didn’t take advantage of the opportunities. I've always wanted to be in a classroom where everyone took it seriously. In admitted-students day, Mike Essl talked about how small the student body is and the opportunities it brings not having hundreds of people graduated in a fixated major within our department. I was completely sold when he said only less than 10 people pursued graphic design right after graduating this recent year, as well as how easily he picked up the phone and called the greatest design firms to get them jobs.

I’m looking forward to devoting even more of my time exploring the depths of the subject I love. I can’t wait to start new again in an enriching environment with all the tools I need to reach nothing less than success.

This summer I visited my uncle at Yellow Springs, Ohio and cleared my mind deep in Hocking Hills State Park. I restored a sense of balance within myself as I reconnected with a side of my family I rarely see. Living in the moment made me appreciate the little things and it’s something I’m going to continue doing.