This is the third in a series looking at the newest students at The Cooper Union. See parts one and two. 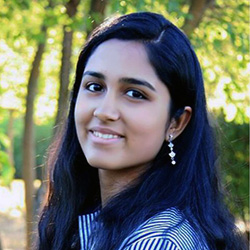 How did you hear about The Cooper Union?

My family and I were going on a college road trip to New York City for my older sister. It was then that my sister exclaimed, "Look! It’s The Cooper Union!" I looked out from the window and was captivated by an elegant glass building with the silver words "The Cooper Union" colored by the golden sunlight. The innovative design of the building captivated me, its uniqueness representative of the school’s creativity. Ever since that crisp summer evening, it has been my objective to go to an intellectually stimulating environment where everyone works together toward a larger goal.

Quite a while before my leaving-for-college high school nostalgia frenzy, I dedicated quite a bit of time in looking up the extra curricular activities offered at Cooper. Having an appreciation for the arts, I wish to join the talented Coopertones in addition to fulfilling my fitness desires with the Martial Arts club. On a more academic and social note, I wish to join the ESC and Chem-e-car.

Many high school classmates ask me if I have a campus and I proudly say no. The Cooper Union is an interesting paradox: a close-knit, intellectual school in a large city full of possibilities. The Cooper Union is unique in that it allows students who know what they wish to pursue to do just that; it empowers students to seek the expertise of their subject; so that four years later, they emerge prepared to take on the world.

See you on the other side, Edison. 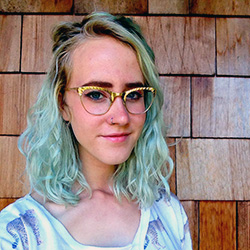 I chose to attend Cooper because of the quality of education I would get really stands apart from the other schools that I looked at. Aside from the education, the community aspect in this school is what truly made me want to come here, it's super cool to be a part of a movement where students band together to stand up for something they believe in.

I've always been interested in making things and creating art for different purposes. When I was younger, I would write short stories with a friend of mine. She would do the writing while I would provide the illustrations. As my skills began to develop, I tended to use narrative in a lot of my work. 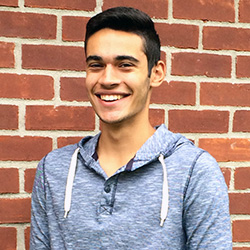 I chose Cooper because I know it’s a place where I’ll be able to learn and work with people who are as passionate about their studies as I am. Also, you can’t beat the location.

Even before I started high school I had a decent idea of what engineering was, but it wasn’t until my freshman year that I took a course called Innovations & Inventions where I learned about the engineering design process and spent the year working on a variety of small-scale projects. In the same year, I joined the Technology Student Association (TSA). As a member of this club, I got the opportunity to attend the annual New Jersey TSA High School conference where I participated in structural engineering competitions.

I’m most looking forward to living in New York City, meeting new people, and facing new challenges. I’ve never lived away from home for an extended period of time so it's going to be a big change. I’m also really excited to start playing with the soccer team and getting involved in some of the many clubs that Cooper has to offer.