The is the second in a weekly series featuring some of the new student faces arriving at The Cooper Union. See part one here. 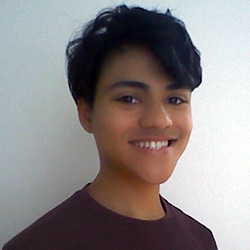 The three reasons why I chose to attend Cooper was location, low cost of attendance and the broad education offered in art that I know will best suit my needs as an artist. The location of The Cooper Union is outstanding because it is near my home and family. This an important piece because I am starting a multi-entertainment company with my two older brothers [including Joel Polanco, also a freshman in the School of Art -ed.] who live with me, and we need to live under the same roof to make this company successful.

I became interested in art at an early age. The art form I was interested in was acting. I dabbled in Visual Art until my junior year of high school. At this point I stopped dabbling and started taking visual art seriously. What caused this giant shift in attitude was a newly found interest in traditional animation. Here was this medium where I could create films merging drawing and acting! Since then my interests have grown, but I'm still interested in making traditional animation films.

I am very excited about learning various disciplines in art, and being a part of a community of hard-working artists where all of our works have the opportunity of being critiqued. 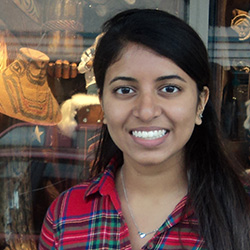 How did you hear about The Cooper Union?

My family was driving through Greenwich Village when my dad pointed out The Cooper Union. He said that only the best of the best study at The Cooper Union, and although I was only in middle school then, the name stuck with me throughout high school.

What have you been up to this summer?

I have been interning for the Intercollegiate Finance Journal on behalf of Brown University. I write articles concerning personal finance with a focus on student life. In addition, I took the introductory computer science course at Cooper, where I befriended both students and professors. That was the best part of my summer, because it forced me to wake up early in the morning, be productive, exercise my brain, and experience new things every day.

The Cooper Union is selfless; it is an institution that wishes not to make profit, but to help its students grow. Despite its small student population, it has yielded a multitude of successful alumni who are pioneers in their fields—proof that The Cooper Union upholds strong educational standards. 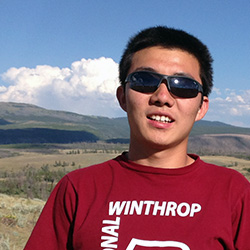 I first joined a radio control (RC) airplane club in the second grade. One of my jobs at that time was to fix the planes that other members had flown and crashed. By the time I was in the fifth grade, I could build an entire RC plane by myself. I first realized that I could build something that I was able to control and fly. This early lesson increased my longing to become a professional mechanical engineer.

The Cooper Union’s mission of preparing talented students to make enlightened contributions to society fits my life goal of designing a human aid shell (like Iron Man’s jacket) for those with difficulties in manipulating daily tasks. The fact that there are guaranteed scholarships to all enrolled students gives me confidence that The Cooper Union will invest in my future. The school is focused on providing an incredible undergraduate education in a tightly knit community, which is my ideal college experience.