Educating Students to Lead in a Global Context

On October 17, 2011, The Cooper Union hosted Educating Students to Lead in a Global Context, a pre-­inaugural colloquium preceding the investiture of President Jamshed Bharucha. The panel’s moderator, iQor CEO and Cooper Union Trustee Vikas Kapoor began the discussion by relating a personal business story. Kapoor had been successful in bringing international business talent into the United States for employ­ment, but has struggled in transitioning American talent overseas. His anecdote raised the ques­tion he posed to the panelists: has the American ­designed technology that runs so much of today’s globalized business world opened up that world while leaving the United States behind? 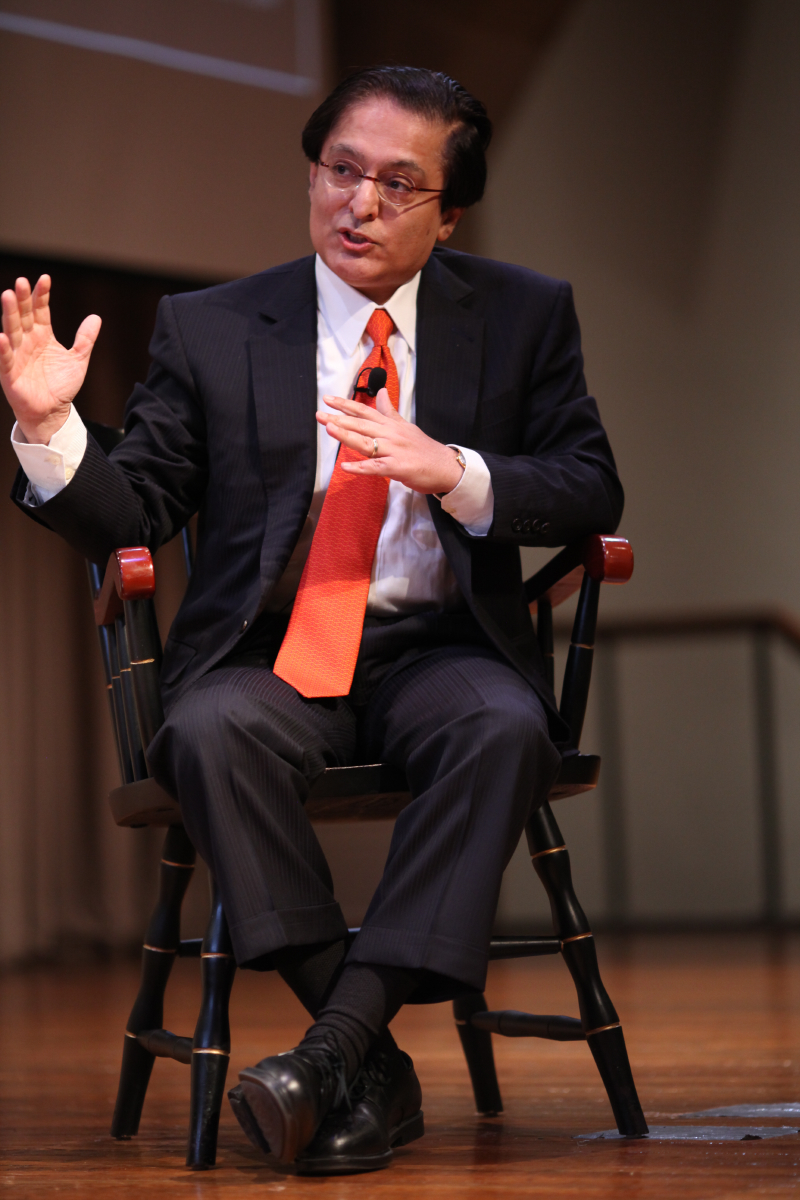 Following Kapoor’s introduction, Fareed Zakaria delivered a keynote address, characterizing in broad strokes the globalized world Kapoor evoked. It is a world, argued the celebrated author and television host, characterized by historically relative peace and political stability, a post­-1989 economic convergence, and the proliferation of networked technology and telecommunica­tions. It is a flat world defined by corporations that have more potential customers than ever before, and workers of all types who suddenly ﬁnd themselves in greater competition than ever before. One problem he identiﬁed was that American secondary education often ignored the rest of the world. Educating the new generation of American workers to succeed in a globalized world is a competitive necessity, Zakaria argued, one that the nation can’t afford to miss.

Panelist Vali Nasr, a highly regarded expert on Muslim­ world issues and professor of interna­tional politics at Tufts University, followed Zakaria’s commentary and spoke of the isolationism of post­-9/11 US policy. For the United States to be a player on the world stage, Nasr reflected, it would need to ensure more ready international access to its students just as international stu­dents would need more ready access to American academies. Cooper Union Professor Atina Grossmann reminded the panel that a public good like education must never be spelled out in terms only of cost, but rather social value, and challenged the panel to think critically about how American success or stagnation might be deﬁned in a globalized world.

A video of the colloquium is available here.