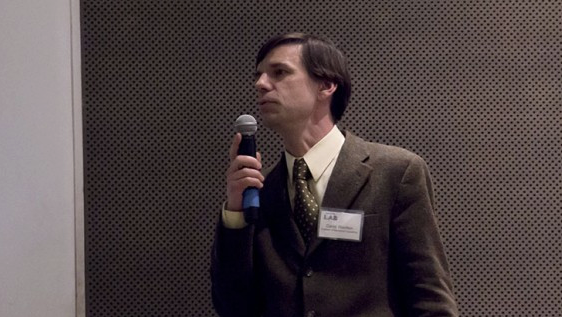 Professor David Wootton, professor of mechanical engineering, won a highly competitive Fulbright grant to do research in Marseilles, France at the Laboratory for Applied Biomechanics. Known for work developing models of injury biomechanics, the laboratory has also created physiological models of the mechanics of a breathing thorax. The model includes all ribs, the muscles between them, the joints between ribs, spine and sternum, the diaphragm and the internal organs of the thorax and abdomen. Professor Wootton will be working with the lab’s director, Doctor Michel Behr of Aix-Marseille University, to study abnormal thorax biomechanics in children with Thoracic Insufficiency Syndrome (TIS) which is an obstruction of breathing caused by an abnormality of the chest or spine.

Professor Wootton, who studies the mechanics of fluid movement, has done extensive research on sleep apnea. Most recently, he and colleagues studied the possible correlation between Polycystic Ovary Syndrome (PCOS) and sleep apnea in girls. Their work suggested that there are different phenotypes of sleep apnea. Jayaram Udupa was a fellow researcher on that study and introduced Professor Wootton to the Marseille team with whom he will work for 11 months from September 2017 to July 2018.