On October 18, 2011, The Cooper Union inaugurated its twelfth President, Jamshed Bharucha. The inaugural celebration included two days of programming for the Cooper Union and New York City community, marking the beginning of a new chapter in the institution’s rich history. These events, covered in the following pages, included student and faculty exhibitions, a colloquium on globalization and the future of education, a reception on New York City’s High Line and a street party outside of our historic Foundation Building.

Daniel Okrent: What drew you to Cooper Union?

Jamshed Bharucha: Well, it is a rare institution, one of the most highly selective institutions, with outstanding students and faculty—but it also had a historic mission. And of course, the loca­tion—the East Village, it’s unbeatable. I just felt I was ready and I took the leap.

At the ceremony initiating the construction of the Foundation Building 152 years ago, an onlooker said that when Peter Cooper picked up a trowel to lay the cornerstone, he “took to mortar like a brick.” Have your early months been as smooth?

It's been a comfortable beginning, but also a fast beginning, as it is for any new institution president today. We are in challenging ﬁnancial times, the most challenging since the Great Depression. I keep up with some of my fellow new institution presidents, and we compare notes, and we agree that it’s a completely different set of circumstances than it was even a few years ago. American higher education is at a watershed moment.

In addition to the ﬁnancial challenges, what else strikes you as urgent?

Pedagogical methods. Are they sufﬁciently innovative for a time when students are engaged with technology constantly, when they’re multitasking and they have the Internet at their ﬁnger tips? Are we constantly innovating in how we teach? In what teaching means? I think not. I think there is a huge amount of work that we collectively in higher education need to do.

What innovations in pedagogy would you like to explore?

When you’re a professor preparing for your class, rather than thinking, “What information do I need to impart to the students?,” you might start off by asking yourself, “What is the most pro­ductive and engaging way to use those class hours?” Because professors are no longer the principal channel of information. Back when I was an undergraduate, the teacher in the front of the room was the source of all knowledge: the teacher and the library. Today the students come in knowing an enormous amount, from an enormous variety of sources. Classroom time needs to be used as much as possible for active kinds of learning where the students are being intellectually produc­tive, and the professor is there to guide and correct and push back and provide pointers. Long gone are the days when students want to come in and just write down what people are saying.

Of course, at the same time we know that a lot of information out there is junk—so part of the role of being a teacher or a professor it to help students discern what’s good from what’s not! 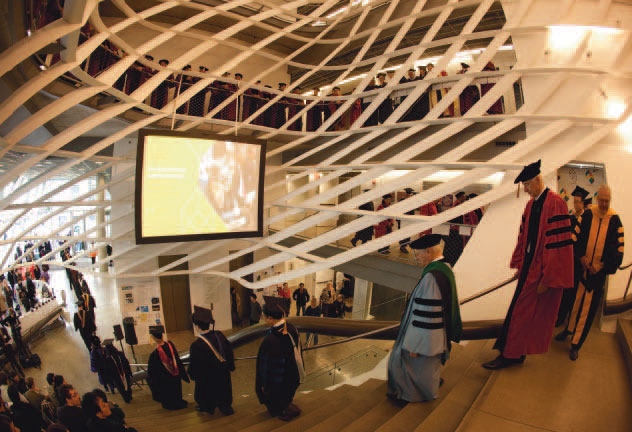 You mentioned when we ﬁrst met that you’re teaching a class. What is it?

It’s called the Cooper Union World Forum. I wanted to teach a class which drew students from all three schools, and which got the students to reach beyond their discipline in thinking about the global challenges and opportunities of our time. A majority of the architectural contracts of the largest American architectural ﬁrms, for instance, are for the ﬁrst time in American history, over­seas projects. This iPhone—it’s the result of work done in at least seven countries. Interestingly, my reading of Peter Cooper really shows that he was a global visionary. He was extraordinary for his time in thinking about knowledge spreading across continents.

Well, the number one asset, of course, is the student body. Cooper Union undergraduates are essentially like graduate students. Their level of thinking, their level of intellectual maturity, social consciousness, their focus on ideas and on their work is very, very advanced. They are very creative and inventive—qualities that characterized Peter Cooper himself. 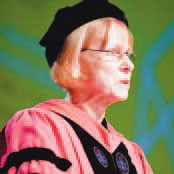 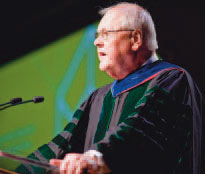 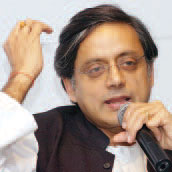 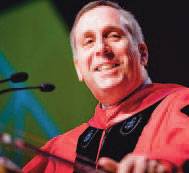 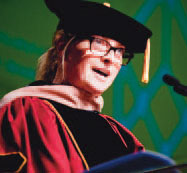 I’m struck by your references to Cooper. I have a feeling that the president of Yale wouldn’t be citing Elihu Yale so frequently.

Well, Cooper was an extraordinary man with an extraordinary vision. The current narrative of Peter Cooper at Cooper Union reflects only a tiny piece of the vast spectrum of his thought, and his own ideas for Cooper Union. I don’t know of many other institutions whose founder was that accomplished a thinker on top of having been an accomplished businessman who could come up with the resources to do this. You know, he really spent his life formulating and testing a philoso­phy of life. If you look at the messages coming out of liberal arts colleges and universities in their strategic plans, they’re taking about preparing our students to be leaders on a global stage. They’re using words like innovation and entrepreneurship, creativity and imagination and multidiscipli­narity. But Peter Cooper was talking about those things 150 years ago. The transatlantic telegraph project, which he led for eleven tough years, was not just an intellectual fascination for him, which it was. It wasn’t just a commercial venture for him, which it was. He also saw it as a global, humanistic enterprise where you could spread knowledge at the speed of light across these tele­graphic cables and in doing so lift up humanity.

What other assets will enable Cooper Union to move forward in the new, twenty­-ﬁrst century forms of education?

Our extraordinary faculty. We have faculty members who are among the most distinguished in their ﬁelds,and who are incredibly dedicated teachers and mentors.They form intellectual bonds with the students, and they give the students a challenge. And look at our unique set of schools—art, architecture, engineering. All three can be characterized as places not just for thinking but also for making, for the translation of thought into making things. That kind of embodied cogni­tion, that union between abstract thought and action in the world is as relevant today as ever before. 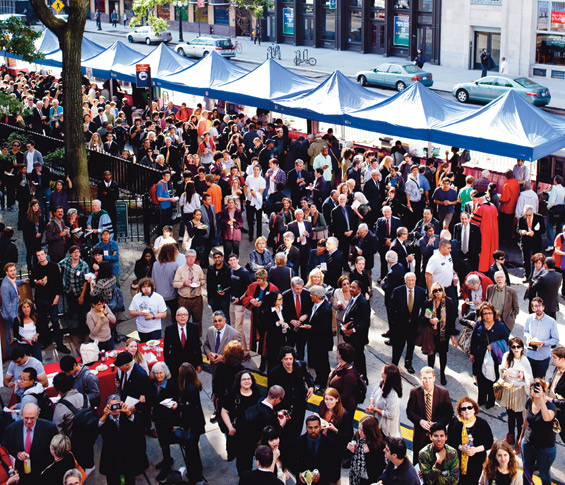 Would you like to address any of the possible avenues for ﬁnancial innovation?

Sure. We need to diversify our revenue streams. The world has gotten more complex but with that there are more opportunities for revenue. One example is in grants for education and research, many of them from the government. The National Science Foundation is very interest­ed in innovation in engineering education because the country is concerned about being com­petitive in the global economy. And we need to pursue research grants. The traditional line between undergraduate teaching and research has become blurred. Our students don’t come in and say “I want to learn about something.” They say “I want to do something.” They want to get engaged in the process of discovery and exploration.

So this would be research that would augment classroom time rather than conﬂict with it?

That’s right. If done correctly the best teaching and the best research go hand in hand, particu­larly when you have such talented students.

Are there also private sector opportunities for revenue?

The private sector is hungry for smart graduates who are well prepared for the work force. I think the private sector can be enticed to invest not only in the education of our students, which pro­vides them with a pipeline, but also in private sector projects. If engineering ﬁrms actually want certain things done they can support projects led by faculty and staffed by our students. 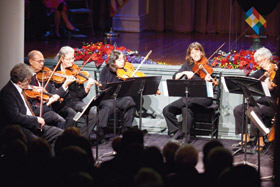 President Bharucha performs with Bach's Brandenburg Concerto, No. 3 with friends.

What about the humanities? When Cooper asked his friend Francis Lieber what the students should study, Lieber said he hoped “students would study the political character of man, the nature of our institutions and the mechanisms of nations.” Another friend said the focus should be on reasoning and literature. What’s the role of humanities and social sciences here?

First of all, it’s essential. The underlying cohesive, binding force for higher education, I believe, is to read the great literature, learn the history, study the social sciences. Because no matter what your discipline is, you’re going to be engaged in a very complex society. The more you understand about organizations and political institutions and people and personalities, the more you under­stand about history and literature and ideas and cultures, the more successful you’re going to be. In fact, Peter Cooper wanted political science to be at the very center of the curriculum. He founded this institution on the eve of the Civil War. And he was concerned about the very survival of this great democratic experiment. He believed it was important that students be educated in the principles of the democratic process and the democratic institutions so that when they stepped out of the institution, no matter what their discipline, they could be leaders.

So in thirty years, when you’re in your eighties and you’re finally stepping down as the president of Cooper Union, what one thing would you like people to say at your retirement dinner?

That he told a story of the vastness of Peter Cooper’s vision, of the expansiveness and richness of this vision, and he projected that into the middle of the twenty­-ﬁrst century to position Cooper Union as one of the most dynamic and most forward-thinking institutions in America. 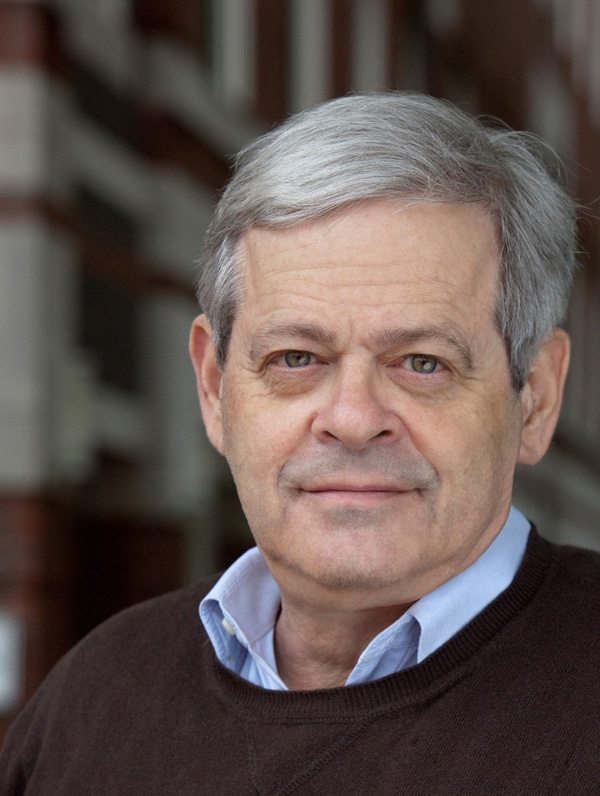 Daniel Okrent is the author most recently of Last Call: The Rise and Fall of Prohibition, named by the American Historical Association as winner of the 2011 Albert J. Beveridge Award for the year’s best book of American history. His earlier books include Great Fortune: The Epic of Rockefeller Center, a ﬁnalist for the 2004 Pulitzer Prize.

From December 2003 to May 2005, Mr. Okrent served as the first public editor of The New York Times. In July 2001, he retired as Editor­ at­ Large of Time Inc. after serving three years in that post, three years as the company’s Editor of New Media, and four years as Managing Editor of Life maga­zine. Prior to arriving at Time Inc. in 1991, Mr. Okrent worked extensively in book and magazine pub­lishing in editorial and executive positions. In the book industry, he was an editor at Alfred A. Knopf, Inc., and at the Viking Press, and editor­ in­ chief of general books at Harcourt Brace, Inc. In maga­zines, he was editor and cofounder of New England Monthly (twice consecutively winner of the National Magazine Award for General Excellence). He has appeared as an actor in two feature ﬁlms, Woody Allen’s Sweet and Lowdown and Lasse Hallstrom’s The Hoax, and on television, he was a featured commentator on Ken Burns’s PBS series, Baseball.

In the 2009­-2010 academic year, Mr. Okrent was the Edward R. Murrow Visiting Lecturer on Press, Politics, and Policy at the John F. Kennedy School of Government at Harvard, where he had been a Fellow in 2006. In the 1999­-2000 academic year, he was the Hearst Foundation Visiting Fellow in New Media at the Columbia University School of Journalism.

A native of Detroit and a graduate of the University of Michigan, Mr. Okrent lives in Manhattan and on Cape Cod with his wife, poet Rebecca Okrent. They have two adult children. Mr. Okrent has been a member of The Cooper Union Board since 2010.