Cooper Cartoonists at the New Yorker

If you’ve ever had immediate and paralyzing brain fog when trying to solve The New Yorker Caption Contest, you can appreciate the difficulties of cartooning. A good cartoon needs to be timely, hit a common nerve and have an unexpected counterpoint between word and drawing. The New Yorker, which is celebrating its 90th year, has been a mainstay for urbane, frequently understated cartoons. Its contributors have created some of the most memorable and well known illustrations of their time—from John Held’s flappers to James Thurber’s warring couples and Helen Hokinson’s East Side dowagers.

The Cooper Union has trained artists who have become New Yorker illustrators and cartoonists, and we talked to three alumni whose work has appeared in—and sometimes on—the celebrated magazine: Edward Sorel, Jon Agee and Liana Finck. We asked each about the process of getting published by the magazine and how their education at Cooper influenced their decision to become illustrators. See a gallery of their work both published by The New Yorker and, in a rare treat, never-before-seen "rejected" work. 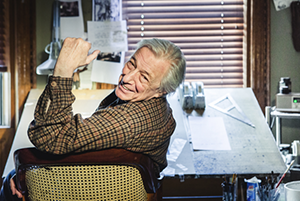 Edward Sorel, a graduate of the School of Art in 1951, is an illustrator and political satirist of great renown whose work has appeared in The Nation, The New York Times, The Atlantic, and other publications. He has drawn  more than 45 New Yorker covers, some of the most memorable in the magazine’s history: New York City reimagined as the Tower of Babel; Martin Luther King Jr.’s life told in a narrative frieze, the young and old Frank Sinatra facing off, and Whistler’s mother glaring at a telephone.

In 1990, at the age of 61, I sold a cartoon to The New Yorker at a time when Robert Gottlieb was the editor. He was replaced by Tina Brown, who had me do the cover for her first issue, and many subsequent ones. Covers under Ms. Brown became funny and timely, as they once had been under Harold Ross, the founding editor. David Remnick has placed even more emphasis on having covers comment on current events.

The covers are entirely my idea, although on occasion the art director will make a suggestion. There were only three occasions when I was specifically asked to produce a cover. One was for the New York Public Library's 100th anniversary, one for the premiere of the movie Jurassic Park, and one after the attack on the World Trade Center.

It's true that after three years at Cooper Union I could not draw anymore, but Cooper doesn't deserve all of the blame. The High School of Music and Art was the first school that discouraged representational drawing. Both schools were infatuated with abstract art and flat design. Music and Art gave absolutely no instruction in drawing the figure and Cooper had a few life classes, but I never had an instructor who could give helpful advice, or who could do figurative drawing himself. Figurative drawings and illustration was held in low regard there in the 1950s. 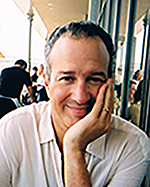 Jon Agee, who graduated from The Cooper Union in 1981, is a noted children’s book author, publishing 20 children’s picture books and nine illustrated books of word play. His best known New Yorker cartoon plays on the “National Debt Clock,” which was originally located on Sixth Avenue and 42nd Street. His work was chosen by the magazine’s cartoon editor from 1993 to 1997, Lee Lorenz.

Lee was generous, enthusiastic – a really good guy.  He understood that I had my first career – children's picture books – and that was fine with him.  If I submitted one cartoon a month – or not – no problem.  My first cartoon came about in the late summer of 1995, just as the operating system Windows '95 was multiplying Bill Gates’ wealth, by the billions, every day.  I was about to walk down into the subway on 42nd and Sixth Avenue, kitty corner to what used to be a famous National Debt Clock billboard, where the numbers were always rapidly ticking upwards.  I said to my girlfriend: "They should call that the Bill Gates Wealth Clock."  She said: "You should make that into a cartoon for the New Yorker."  That night and next morning I did, in time to drop it off at the submission desk.  A week passed, and then the phone rang (pre-texting!) with a friend saying "nice cartoon in the New Yorker."  Lee hadn't wasted any time.  He liked the picture and got it into the latest issue.  He spared the introductions for later.

I was at Cooper from 1977 to 81, and there was no department for book illustration, cartooning, etc.  (I imagine the same was true for Milton Glaser and Seymour Chwast, back in the ‘50's.)  I did cartoons, comics, satirical pictures, etc., in my spare time, to amuse myself and my friends.  And when it came time for my senior year exhibit, I filled the fifth floor lobby with this work that I'd never shown in a class. 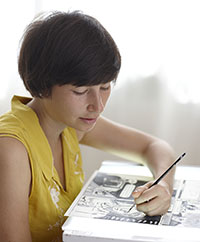 Liana Finck, who has published almost 30 cartoons in The New Yorker, graduated from The Cooper Union in 2008. She has most recently published A Bintel Brief, an illustrated selection of advice columns published in The Forward, a daily Yiddish-language newspaper, in the early 20th century.

I submitted multiple times before I had success. That is generally how it's done.

A few people are lucky and sell right away. I had to grow and learn, and it took time. We come in weekly (some of us just email). We each have a very short meeting with Bob Mankoff, and he takes some cartoons to show the editor. Usually we don't sell any. Bob looks like the classic 'God' of the New Yorker cartoons. On purpose.

In general, I didn't feel like comics and cartoons were okay at Cooper and I didn't admit to myself that I wanted to make them; I thought I wanted to be a poet. I think things have changed since then. The comics world has expanded and gotten smarter; the art world has become less vacuously snobby ... and the dear serious minimalists (who don't like cartoons or any narrative art - but in a nice way) are letting go their grip on the school, I bet. Highbrow and lowbrow really aren't as much of a thing anymore. Also I was not very mature back then and may have been imagining obstacles where there weren't any.

I still loved Cooper, especially the humanities department—that first year of humanities was so important for me—and art history, and many of the fantastic drawing and design classes. The tuition crisis has made me understand how much I cared about Cooper. I know in my bones that good art can't exist in a world where not-rich people aren't given a chance. Even rich people can't make good art in a shallow and dishonest world. Looking back, all the things I learned [at Cooper] were idealistic and kind of socialist—there was a class about utopias taught by Peter Buckley, another by Anthony Vidler—and they're kicking in now.