A Good Life: Marisa Lago (Phy’77) and the American Dream

“I love life!” says Marisa Lago. There’s no denying it: her voice is full of exuberance, and excitement, especially about the new job she just started in mid-September as CEO and President of the Empire State Development Corporation. It’s a tough job at any time, but now, with the country in the midst of a financial crisis, the challenge is immense.

Other people might find this job overwhelming; but for Lago, it is the perfect environment. Not only does she love life, she also loves a good challenge and hard work. It was these aspects of her personality that landed her at Cooper Union, where she was enrolled in the physics program. “I was the last class that was able to graduate with a physics degree,” she says. She chose physics for an interesting reason: “I went to a Catholic high school, and I had a fabulous physics teacher, a nun who had a Masters degree. I loved physics, but it was also the first subject I had to work hard at. It wasn’t intuitive, and I had to study. My teacher saw that I loved the topic, so she gave me special assignments, and extra problem sets. She had me reading Scientific American articles. I chose physics because I love a good challenge, and physics made me work hard.”

“Basically,” she says with a laugh, “I went into physics because I loved learning. And, you know, I still love learning.”

It wasn’t only her love of physics that propelled her towards Cooper, though; economics played a huge role in it. “That is something that one can never be grateful enough to Cooper for,” says Lago. “The fact that it’s a tuition-free education. I think for many of us who graduated from Cooper Union, there’s a recognition that the quality of the education that we received was something we couldn’t take for granted given our economic backgrounds.”

Though Lago has lived in various cities on the East Coast, she is a born and bred New Yorker. She grew up near the Brooklyn Heights waterfront, the daughter of Spanish immigrants. Her parents, in fact, moved back to Sada, the small town her mother was originally from, soon after Lago graduated from high school. While Lago and her three siblings were young, her mother stayed at home to raise them, but returned to a career as a secretary afterwards. Lago’s father was a civil servant for the Federal government. Her hard-working parents in many ways instilled in Lago the values that she still has today. “My parents influenced me in so many ways,” she pauses. “They gave me my work ethic, and they gave me my values,” she continues, “they did what it took to give their kids a college education—I’ve lived the American dream that was so important to my parents.” Among these values were the importance of hard work and of family, and a love of education. In fact, she says her penchant for hard work often leads her mother to “joke that I came out of the womb both a workaholic and an insomniac.”

Lago has always been drawn to subjects that she finds intellectually demanding, yet that hasn’t stopped her from developing interests in many other things as well: “I liked just about everything I studied,” she says. Even at Cooper, she was intrigued by other subjects; she recalls that as a writer for the school newspaper she wrote an article about the Foundation Building, which was being renovated by John Hejduk, the former dean of the School of Architecture. “At that time, the building was just a shell, and the shell was entirely supported by an interior structure to keep the walls up, because otherwise it would have collapsed on itself.” She stops reflectively. “I had just gotten a tour of the building, and I then went on to interview the Dean, who was this god of architecture, and I made a mistake that I’ve never again made in my life: I called a beam a ‘column’!” Lago laughs impishly at the memory. “The irony of it is that I’m married to a Cooper Union architecture grad.”

Her ceaseless curiosity led her in directions she never could have predicted. She loved physics, but didn’t know what she would do with a degree in it. She went on to graduate school for applied mathematics at Brown, and it was here that everything changed. “I dropped out before completing the first semester,” she reveals. She had been high school valedictorian, and she had done very well at Cooper, so this was indeed an unexpected development. Yet, during this first semester, she had an epiphany: “I realized that I would be a far better mathematician if I never read the New York Times.” In other words, her broad-ranging interests stopped her from focusing on one narrow field, and without that focus, she couldn’t stay in the program. “At Brown,” she explains, “I was doing well, but I no longer enjoyed it. That was a very significant change for me. I was used to academics just being what I did, almost unthinkingly. But by then, I had become really interested in literature and dance, and I was fascinated by world affairs. So I recognized that I wanted to do something with my life that was broader than just being the most brainiac mathematician possible.”

This isn’t to say that she regrets the time she spent on physics and mathematics: “It was, and it still remains, one of the most intellectually challenging things I’ve ever done.” She continues, “it stretched my mind, and it taught me to be analytical, a skill that I’ve never stopped using.” 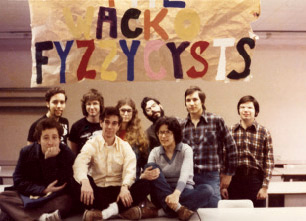 She got more from Cooper Union than skills. It was here that she met several people who would inspire her and help foster the values that her parents had planted. Aaron Yalow, one of her professors who has since passed away, was among them. “I both admired him because of what he taught me,” Lago explains, “and I also really admired his wife, Roslyn Yalow. She won the Nobel Prize in physiology and medicine, and since I am an unabashed feminist, I was very pleased by this. I was so impressed by this extraordinarily accomplished couple.” She’s also married to her Cooper Union sweetheart, Ron Finiw (Arch ’76). Significantly, Lago’s diverse interests all came together in her desire to be able to help other people, a theme that has been consistent throughout her working career. “It is incumbent upon me to be able to give back,” she says, “because I benefited from my parents’ work, and from being able to attend Cooper. I also benefited from the work-study program that allowed me to work while going to school, because even though Cooper was tuition-free, I had to eat, I had to live, I had to buy books. I know it sounds Pollyanna-ish,” she continues, “but all of this, plus feeling lucky that I love what I do, has contributed to my wanting to give back.”

This clarified Lago’s sense of purpose in life and she attended Harvard Law School, earning a J.D. cum laude in 1982. Economic development became central to her interests, and she went on to work for various government and state agencies in this field. Soon after graduating from Harvard, she worked for the Chairman of the New York City Planning Commission. She also worked for the Dinkins administration as General Counsel for New York City’s Economic Development Corporation. She was the Chief Economic Development Officer from 1994 to 1997 for the City of Boston, where she headed the Boston Redevelopment Authority. These jobs were in perfect keeping with her wish to improve lives: “A large part of what has guided my career is that there are folks who come here from other countries and there are people living in the United States from all different economic circumstances, and we can do something to help them.” For example, public housing, affordable housing, neighborhood development and job training were all under her aegis at the Boston Redevelopment Authority.

She also served in the Clinton administration in Washington D.C., and headed the Office of International Affairs for the U.S. Securities and Exchange Commission. She was the Global Head of Compliance for Citi Markets and Banking, for Citigroup’s investment and corporate banking businesses from 2003 until 2008.

In August of 2008, New York State Governor David Paterson appointed her to head the Empire State Development Corporation. This is her newest challenge—one she is very excited about. “Governor Paterson has just invested in me a very significant responsibility, which is making sure that the team at the ESDC makes the best use of state resources for economic development in this economic climate.” As usual, no challenge is too daunting for Lago. “I’m an optimist,” she reiterates. “This job is a continuation of my love of economic development, which is about serving as a bridge and a cultural translator between government and the business community, as well as recognizing and marshaling the resources of government to be able to enhance job-creation and the welfare of the state. In a nutshell, it comes down to being that arm of government that interacts most closely with the business community to further governmental, societal goals.”

The values that she started out with have stood her in good stead, and they carry through her life today. The secret, it seems, is that she gives the various parts of her life equal importance, and brings an equal enthusiasm to them all. “I have a real passion for what I do,” says Lago. “I love working, I love my family, I love my friends; they’re not discrete categories, and I approach it all with a passion.”

Lago’s career and interests have taken her down different and sometimes unanticipated paths throughout her life. But it’s important to her that people realize that in some ways she hasn’t changed at all. “I’m the same person I have always been throughout my life,” she emphasizes. “The kid that grew up in Brooklyn is the person you’re speaking with today. The girl who studied physics at Cooper and the woman who went to Harvard Law—I’m the same. I’ve done different things in my life, and they were all opportunities to learn new things. The different things I’ve done have also given me the opportunity to meet and then make life-long friends.”

“But,” she says, “the most important thing to understand about me bears repeating: I love life!”

Lago has brought an infectious enthusiasm to achieving the American dream; but she’s also conclusively shown that being concerned about the welfare of others—and actively doing something about it—is the best way to live the good life.