This past academic year members of the adjunct faculty throughout The Cooper Union were able to benefit from the first-ever Professional Faculty Grants, a pool of money set aside to support their research projects. Each of the three schools and the Faculty of Humanities and Social Sciences (HSS) set up a committee to consider proposals for the funding of smaller-scale needs like travel costs to conferences or archives. Examining the recipients of the grants makes for an insightful snapshot into the diverse interests of the adjunct faculty members. So we decided to focus on those who belong to HSS as a way to gain a fuller sense of the work going on there.

"These grants may be small, $200 to $500, but they can make a big difference to a member of the adjunct faculty," says William Germano, dean of HSS. "It's a fantastic way to support these critical members of our teaching staff." Eight awards were granted in the 2015-16 academic year to HSS faculty members whose subjects include art history, literature, musicology and film studies. We asked each one to give a sense of their research and what they would do with the money. 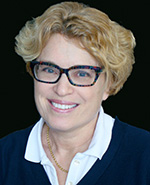 Celia Bergoffen
I will be using the grant from Cooper to attend the biannual International Congress on the Archaeology of the Ancient Near East (ICAANE), in Vienna, Austria. ICAANE brings together archaeologists specializing in every field of Ancient Near Eastern, eastern Mediterranean, Iranian, Anatolian and Arabian history from prehistoric times to the Ottoman era.

I will be delivering a paper entitled "Philistine, Cypriot or Aegean? The Ashdoda Figurine as Anthropomorphized Object". The "Ashdoda" is the nickname given to a type of painted ceramic figurine first found at Ashdod in southwestern Israel, in the land of the Philistines. It is in the form of a tall-backed chair with a head attached to the top and two bumps on the front, which are understood to be breasts. I am suggesting that since this "disembodied" type is unique among terracotta figurines, these objects should not be interpreted as goddesses but rather, for what they are: representations of anthropomorphized inanimate objects. This new approach would link the Ashdodas to the millennial and rich tradition of ceramic models in Cyprus, one of the lands where the Philistines are thought to have originated. 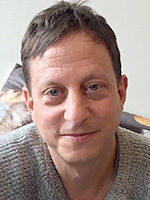 Benjamin Binstock
I will be using the funds to attend the Sixteenth Century Society Conference in Bruges, Belgium and to present my paper: "An Unrecognized Leonardo da Vinci Sculpture in America?: The Alexander Relief in the Washington National Gallery" I propose that the beautiful and fascinating Alexander Relief in the Washington National Gallery is an unrecognized sculpture by Leonardo da Vinci. There is a taboo against assigning works to Leonardo and few other surviving sculptures are assigned to him. Scholars are generally conservative and repeat what their predecessors said.  This attribution potentially transforms our understanding of Leonardo.

Mari Dumett
I will travel for professional development to São Paulo, Brazil. My activities will be twofold. First, I will give a talk at Paulista University at the invitation of Professor Juan Cabello Arribas in the Department of Architecture and Urbanism. It will be about my forthcoming book Corporate Imaginations: Fluxus Strategies for Living (University of California Press) on the international artists group Fluxus founded by George Maciunas A’52. Second, I will participate in a public conversation with Brazilian artists Manuela and Thiago Eichner about their exhibition On Earth at PIVO, an art space dedicated to providing artists and scholars with opportunities to develop their research. 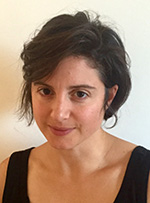 Karen Lepri
I used the grant money to attend the philoSOPHIA conference at the University of Colorado, Denver. The theme this year was "Feminism, Politics, and Poetics." My colleague at Bard's Language and Thinking Program, Andrea Quaid, and I composed a panel of teaching writers and invited them to reflect on and respond to Rosmarie Waldrop's essay "Alarms and Excursions," an experimental prose piece that investigates the relationship between poetry, argumentation, and politics. Her alternating format of Theses, Excursions, Alarms, and Counteralarms invites disruption into the typical smoothness of classical rhetoric—one inherently masculinist and Western. Each of six panelists wrote a piece investigating some aspect of how we attempt to disrupt the politics of this pedagogy, using Waldrop's feminist poetics, in our own writing classrooms. Before presenting, we interwove our pieces using a randomizing software. Thus our performance itself was collaborative. We also invited interruptions from the audience in the form of thesis, alarms, excursions, or counteralarms. The result was fantastic! Audience members vivaciously interrupted us. We had a terrific follow-up discussion.

Jason Lee Oakes
I'm using my grant money for a field trip to use the archival Hip Hop Collection housed at Cornell University. This fall will see the publication of a volume I'm co-editing: The Oxford Handbook of Hip Hop Music Studies. In it my co-editor, Justin D. Burton, and I seek to compile a collection of singular, challenging essays that pay respect to hip hop scholarship of the past by building on that scholarship and suggesting new, emergent trajectories for subsequent scholarship. Inspired by the crate-digging DJs who first birthed hip hop music—the DJs who flipped vinyl records from product to source of musical creativity, all in service to the here-and-now demands of the dance floor—we invite writings that are likewise future-oriented, historically-informed, and grounded in the present, seeking out new resonances between these multiple fields. 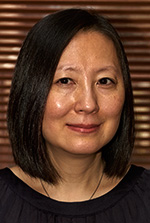 Sueyoung Park-Primiano
The award will be used to support my travel expense to Atlanta, Georgia, for the annual Society for Cinema and Media Studies conference where I will be chairing a panel on Governance and Pedagogy: The Many Faces of USIA in Asia, 1940-1960 and presenting a paper titled, "Projecting Anti-Communism and the USIS/A - Republic of Korea Alliance" on Wednesday, March 30th.

The film archives of the United States Information Agency (USIA, 1953-1999) have recently been the subject of a growing number of dissertations. These investigations testify to the multiplicity of government and non-government institutions and the United Nations organizations involved in negotiating institutional practices of communicating directly with “Asiatic societies” the features of American democracy via film and other media. In the panel we suggest that the emergence of the USIA corresponds to a systematic expansion of American bureaucratic and psychological war machinery and the collaboration of governing institutions and academic think tanks. The historical research presented in the panel also questions the epistemological stability of “educational” as a documentary subgenre and seeks genealogical responses to what potentially various American and non-American governing groups thought of when referring to educational media during this period. 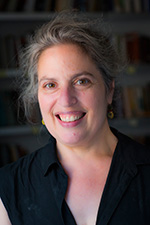 Martha Schulman
I used my grant to travel to the National Council of Teachers of English conference in Minneapolis. It's the annual meeting of the NCTE, and I went with my co-author, Gwen Hyman, to promote Thinking on the Page (Writer's Digest Books; 2015), and to network with and learn from English/writing teachers working at all levels. We were particularly interested to see what high school teachers were doing to teach writing, since our book is oriented to first-year college students and high school seniors. We met some really interesting people, including the woman spearheading the Modern Language Association K-16 initiative, which, like us, focuses on the transition between high school and college and how writing pedagogy can support students in that transition. 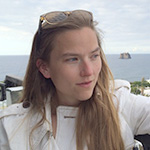 Myra Emily Wright
I am using my grant to take an Italian language class on Saturday afternoons. The idea is to improve my working knowledge of Italian so that I can use certain Renaissance texts in their original language when I'm preparing lessons for HSS1 and HSS2. I've been frustrated at my inability to read Petrarch, Dante, and Machiavelli in the original Italian, so the goal is to be able to pick up these texts and make observations about their use of specific words and phrases. Right now, I'm learning to have a conversation with living Italians. I'll get to the literature later this spring.