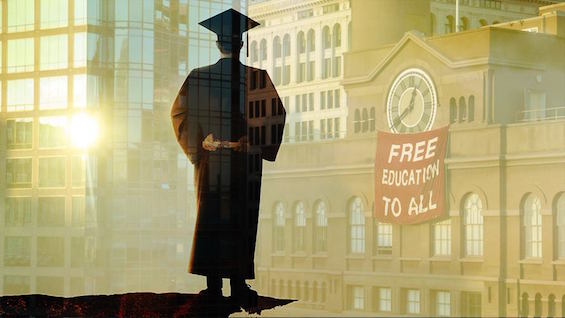 The Cooper Union Archive and Exhibition Club is hosting a free and public screening of the documentary Ivory Tower. The event will feature a Q&A with the documentary's director Andrew Rossi and Mauricio Higuera A'13, an alumni that contributed to the documentary as a student. In addition to Ivory Tower, the screening will include trailers for Sanctuary by Mauricio Higuera and the Foundation Building model made by David Gersten's 2015 first-year studio. The event coincides with the 5th anniversary of the student-led occupation of the Peter Cooper Suite and provides an opportunity for members of the community to reflect about Cooper Union’s institutional history and the path back to a full tuition scholarship. Food and refreshment and an opportunity to meet a variety of student clubs will be available following the screening.