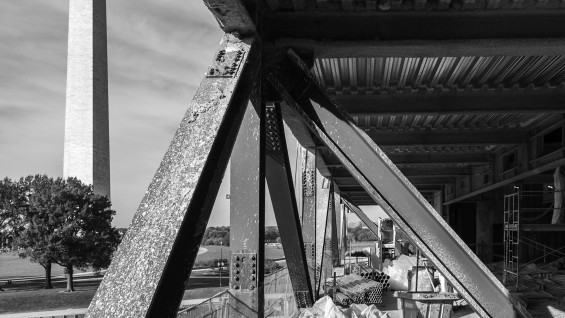 Co-sponsored by the The Irwin S. Chanin School of Architecture, the Albert Nerken School of Engineering of The Cooper Union, with support from the Steel Institute of New York

Guy Nordenson is a practicing structural engineer, curator and writer, and is active in coastal adaptation research and design. His research project and book On the Water | Palisade Bay won the 2007 American Institute of Architects Latrobe Research Prize, and served as the inspiration for the 2010 Museum of Modern Art workshop and exhibition “Rising Currents.” His books include Seven Structural Engineers and Patterns and Structure. He has been the engineer for projects including the MoMA expansion in New York, the Kimbell Art Museum, the National Museum of African American History and Culture, and the Jubilee Church in Rome. In 2013 his team at Princeton was awarded a major grant by the Rockefeller Foundation to develop “Structures of Coastal Resilience” in collaboration with the US Army Corps of Engineers and teams from Harvard, City College of New York, and the University of Pennsylvania. He came to Princeton in 1995.

The Steel Institute of New York is proud to participate in sponsoring this lecture in the belief that hearing distinguished professionals first-hand helps shape the lives of students and motivates them to learn.

Free and open to the public.


Located in the Frederick P. Rose Auditorium, at 41 Cooper Square (on Third Avenue between 6th and 7th Streets)